Allyourbase said:
As the newsroom's resident wrestling fanatic (and encyclopedia), first thing I heard at work today, "We all feel your loss."

RIP Macho Man. Say hi to Miss Elizabeth for us. I'd like to think graduations all over the U.S. will be paying tribute to the Madness.

you know what? I believe... Macho man passed to save us from the rapture.

Madnis said:
you know what? I believe... Macho man passed to save us from the rapture.
Click to expand...

it is true. i have proof:

lobo said:
it is true. i have proof:

QUOTED FOR TRUTH!!! this needs to be posted on truth.com (if that's still around)

After I found out that we lost the Macho Man, I started texting my friends with the sad news, and most of them came back to me with 'ooohhh yeahs,' which changed my frown to a smile =). When someone leaves the world with so many happy and funny memories, you know it was a life well lived. Thanks for the memories, Mach!

Madnis said:
QUOTED FOR TRUTH!!! this needs to be posted on truth.com (if that's still around)
Click to expand...

I'm a bit teary eyed after reading some of the posts.

R.I.P Macho Man, My favorite wrestler when I was a small child. Fuck, My grandpa nick named me after him.
R.I.P to my Gramps too, he may not be a star or celebrity, but he's still worth the mention in my eyes.
Also, I had no fucking Idea Nujabes had cancer. I was listening to his music before I did his rap.
RIP NUJABES, Your music is the purest of sound.

My bird also died today, I had him since he was a very small (ugly) chick. God.. I'm going to miss fluffy.
R.I.P Fluffy.

lobo said:
it is true. i have proof:

Hmmmm, now where have I seen that before.

Ya forgot the other pic that went with it 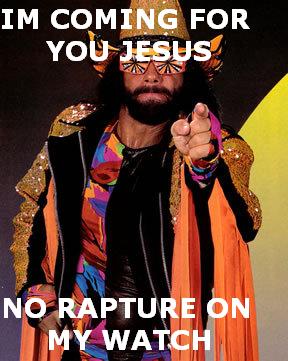 Another free soul posessed by the demon alcohol...
Rest in Peace Amy... Your songs shall forever remind us how much special you were... Inside your struggle, your own songs, or better pieces of your soul, told the very truth... Run freely now up there...

I want to be there again...

I found out earlier today when I was in the car via NPR. Thought I'd come and pay my respects. I'll miss you, Amy Winehouse. I did my share of making fun of ya for being kinda tore up. But I was always pulling for ya and hoping you'd get your shit together and turn your life around. I'm disappointed. Now that's not gonna happen, your actions, which I had called "self-destructive" before have done just that. You made some beautiful music, it was all class. You possessed a fantastic talent but you were of all people a fool. I constantly thought you an idiot. You understood what your mistakes were but you kept repeating them. I could only shake my head as you destroyed yourself and I still am. My heart goes out to some fools though, we're all fools in some way after all, and to you for whatever pain drove you to your habits. I don't know how I'll remember you. A tortured artist? A beautiful fool? It's inscrutable at the moment. But I will remember you from time to time because your songs are probably going to be rattling around in my noggin for the rest of my days. Good luck on whatever comes next.

I don't know who it is, but my buddies on 8wayrun love this person. So I thank you Amy for making fans on here enjoy your music. I'm no fan, but I'm compassionate and compelled to say something. Excuse my intrusion.

RIP to Amy, and all those who were killed in Norway in the terror attacks. Shitty situation there especially.

I'm much more shocked by that christian terrorist from Noorway. What a psycho.

AnitaLife said:
I find it a little wrong that people are finding Amy Winehouse's death more important than the massacre of over 90 people in Oslo
Click to expand...

everyone is entitled to an opinion. i don't think that anybody is saying her death was "more important" than anything. the incident in oslo, while very sad and tragic, is more of an international news headline than a specific event to discuss in a thread such as this. in one hand we have an entire group of innocent people dead for no reason and in the other we have a one in a million singer/songwriter dead for no reason. neither one outweighs the other. the winehouse death has simply gotten more media coverage in america because the loss of her more personally effects more americans. i am sure the popular sentiment in norway is not the same.

that said, this thread is not the place for political banter. it is not the place to disrespect the life of one person over another, or many in this case. you can leave condolences for one or the other or both, and discuss their lives and how this impacts you or has effected your own life, but you cannot belittle the deceased for any reason...especially not for a "competing" death. if you wish to discuss anything besides the recently deceased, take it elsewhere.

the world has suffered a tragic loss of life in both of these instances...is it too hard to just respect that fact?