You have the power... The power to vote!

It was recently announced that OneFrameLink would be providing various pot bonuses for the new and upcoming major "The Fall Classic" taking place in Raleigh, NC, September 14 - 16. As if that wasn't already extremely generous of them, they have also announced that the remaining amount of funds (SSF4 and UMvC3 amounts are already determined) would be divided based on feedback from a voting system OFL created just for this announcement. SCV is included in this vote so let's not waste this fantastic opportunity for our game and community!

Here is how you can voice your vote for SCV:

There is really no excuse not to show your support here! If you don't have a twitter account...make one!

Not only is this a great chance to hype up ANOTHER tournament that SCV has been added to but it would show just how dedicated and enthusiastic this community still is when it comes to competition.

So if you are still reading this and haven't tweeted yet, be sure to do so!

I would like to thank OneFrameLink for this opportunity as well as the TOs behind TFC for including SCV (and really all other events that support us) in their lineup! You will be able to see the updated results here as the voting progresses: http://oneframelink.com/polls/tfc2013/bonus-prize

Voting ends on August 31st, so let's get this going!

I see 52 members and 120 guests online right now but only 30 retweets. Come on step it up.
Re-tweeted. Twice. I can't re-tweet for all of you ;-)
We're beating Dead on Arrival 5 now. KEEP IT UP.
I retweeted. Let's get this to bring more attention to our game!

Of course nobody is forcing you and it is understandable if you don't, but maybe you could ask your fans to help us out (or at least look at the poll)? You guys could seriously effect the outcome of this poll
Retweeted!
Voting propaganda gallery: 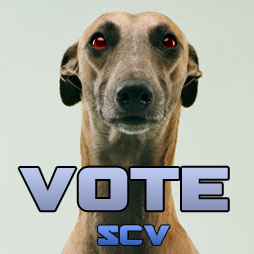 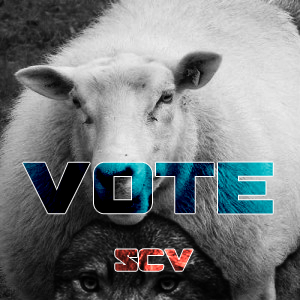 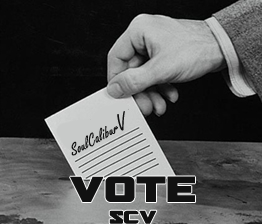 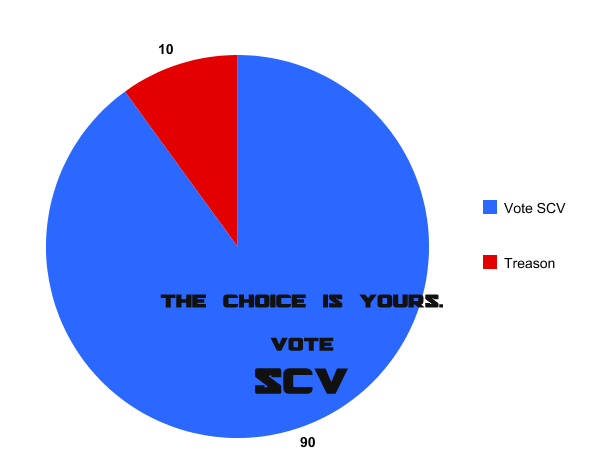 Last edited: Aug 5, 2013
Vote for SCV and wear your knitcrab avatar proudly because knitcrabs are cool! http://gyazo.com/c8fbef0cb5c71b3f1df7af40f6401ff0
My collection of propaganda 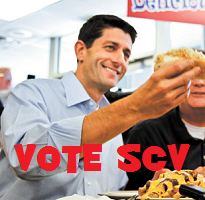 I love the donutman one.
I guess its time for me to finally make a twitter account.
Don't let the communists win. Vote for SCV.
I'm whoring this out everywhere.

I've only gotten two people so far tho...
VOTE. LOOK AT WHO SUPPORTS US
So how do we get Hoshino's attention? We need him to signal boost!
Done.
Well that didn't help. We're still losing to DoA5 :(
I'm voting for sure! =DDD
We only need 1740% more votes than we have now to just slither into second place.
We can do this!