Pyrrus said:
Aeon needs some love honestly. I've never paid much attention to hims since he doesnt seem interesting enough. I hope if they do include him he has a more brutal moveset.

On another note I hope they give us photo filters for CaS and a lot of poses to work with I know some people want the option to slow he animations down and have moves from a character's move set as pose options. I think that could be cool. Maybe alot the win/loss/timeout options. This is assuming they go with the card thing from SCV
Click to expand...

That's because he was always built as an extra moveset, and before that was a clone. Makes it even worse that the game included many more clones of Lizardman that one had to fight. They never gave Aeon his moment to shine.

The thing is about the clone argument what a lot of people seem to overlook or just don't realize is that most of the characters in one way or another ended up originating from another character to begin with.

Off the top of my head:

Hwang and Xianghua.
Hwang and Yun-Seung.
Li Long and Maxi.
Kilik and Seong-Mina.
Siegfried and Nightmare.
Sophitia and Lizardman.
Sophitia and Cassandra.
Astaroth and Rock.
Amy and Raphael.

There're absolutely loads of others too, especially if you factor in the create-a-soul movesets in SC3. Whilst I agree that a little more diversity in terms of actual weapons would be nice, there's no denying that these characters eventually ended up playing very differently from one another which goes to show it can be done.

This whole Aeon thing would be a non-issue if there were creatable Lizardmen in CaS.

The Turbanator said:
This whole Aeon thing would be a non-issue if there were creatable Lizardmen in CaS.
Click to expand...

I may mistake but in SCV you can't edit the equipment he's wearing, but in SCIV you can customize him.

Macaulyn said:
You mean the moveset that is the same as Kratos'? Yeah, very unique indeed...
Click to expand...

Srsly?
If someone is a "copy" then it is kratos moveset...
It has like 99% of the moves Lizardman(Aeon) has in SC3 -.-
In SC1 he had sophitias moveset, mixed with some of his beast-like moves (which he has until now)
In SC2 the generic Lizardman had a very similar (?) moveset to SC1.
And in SC3 Lizardman got his own moveset.

You really wanna tell, that Aeon is a copy of Kratos (who was a guest in a non-canon part with just a cheap copy of Lizardmans (Aoens) moveset)


The Turbanator said:
This whole Aeon thing would be a non-issue if there were creatable Lizardmen in CaS.
Click to expand...

That's what i said 100 sites ago xD
A CaS option to make beastlike creatures (as an example change skin to scales etc.) ^^


DevilsDisguise said:
I think, if they were to make him human he'd have to somehow have a better design as a human than he does as a lizard for him to look interesting enough to want to play as (which I can't conceptualize). If he's just a bland looking human character, would people even recognize him as the Lizardman? If he isn't a lizard, people might not even correlate him with that, they'd say "wheres the lizard?" as his design as a lizardman is what made him stand out. To give him a deeper story, they'd have to just emphasize why being a lizard sucks or why it toils on his mind or more so talk about the god that cursed him and betrayed him to show his damnation. Him being a lizard doesn't nullify him getting a deep story if they just emphasized everything else - or the worst aspects from the gods around it.
Click to expand...

A possibility would be, to give Aeon (from SC5 ) the ability to time travel.
Since he got cursed by the (forgot his name and i am to lazy to look it up) "evil god" and he can now absorb the powers of those he devours, this wouldn't be soooo "stupid" and now he tries to safe himself from turning into a lizard ^^


Vergeben said:
Actually exploring his background more directly in-game would help. Regardless of if people like or hate Macaulyn, there is message in the medium in regards to what he was saying here.
I feel like people hate him so much that they don't even want to remotely consider anything he says. Like an automatic bias due to the irritating things he says or does. But I'll just leave that be as I don't need to say anything more than that.

What surprised me was people here trying to say "don't turn Lizardman/Aeon into a tragic character" and "that wouldn't help him" when.... uh.... where have you been? Lizardman/Aeon IS a tragic character. That is part of the whole of what makes him who and what he is.
The guy's mostly fucked with and manipulated throughout the story.
The problem is the games being fairly flippant about how they project and highlight these aspects to make people feel something more for him versus Siegfried and other characters with legitimate emotional connections with fans via their journey(s) and development.
Yes, he's a badass Lizardman who does badass (and goofy ass) lizard things.
But that isn't all of who and what he is.

Underneath the surface is a tragic character. One of the most in the entire series for that matter.
It's ok if you gloss over the story and don't know/don't care about it, but that's exactly it and why there is a problem with how the previous games have gone about his story. They didn't make you care.
Not like they should have.

I'm not in the camp that wants him to be human from now on. Not at all. But doing an origin chapter thing and having him use Pat's style and some kind of gladiator inspired design wouldn't be a bad idea.
They could either make him an unlockable bonus character after completing his section in the story (the smarter idea) or one of those annoying NPC characters who's moveset is just a CaS thing and he was put together in CaS.
Click to expand...


SomeRandomHuman said:
I guess my phrasement was off, what I meant is that making him a human tragic character won't be good.
Besides story rarely focuses on his suffering and such, from certain point onward he just became literally a badass Lizard with badass army doing weird things. I think he would look better as character who, despite accepting his fate, would decide to take avenge on the gods for this , will take his Lizard-people army and go to take SE and SC to get enough magical power for this.
Him becoming a true LIzard-leader as focus of his story would make him more intersting, cool and important, as his story could tell us more about whole gods stuff in SC world and also would cross him with lots of characters on his way to destination.

I'd like him to have to Axes and his crawling stance back and his dragon moves to be usable only in Soul Charge mode (with his Critical Edge changing too in SC mode), while in normal he could be a mix of SCV and Classic Lizardman/Aeon without wings and dragony stuff.
Click to expand...

He could become a god-eater xD (since devouring everything that crosses his path became his main theme in SC5 :P)

Macaulyn said:
They do, actually, and with most of the community not being competitive, I dare say the majority cares about these things. Or what? Do you think MKX and Injustice 2 are leading the market out of gameplay alone? If that was the case, they would be average, not the best. Gameplay is not the only thing that makes a game, otherwise we wouldn't need designs for the characters, we would only have genderless humanoid creatures, with different colors at best. A game having good gameplay is like food being edible, its not there because its a feature, its there because if it wasn't, it simply wouldn't exist. Good games offer more than just gameplay.
Click to expand...

The average person may not play in tournaments but that doesn't mean they're not competitive. I play online and with buddies at home, and the single player is important too. Frankly I don't care one bit about Maxi trying to getting revenge on Astaroth for the umpteenth time or Siegfried and Nightmare fighting each other yet again and neither does anyone else. Mortal Kombat sells for the violence and Injustice sells for all the popular superhero characters it has. Not because anyone cares about what Scorpion is doing in Outworld or whatever.

Macaulyn said:
If it was the case, the PS2 games wouldn't be considered failures.
Click to expand...

The 3D Mortal Kombats were seen as failures because the gameplay was cumbersome and clunky and most of the new characters sucked. A good story can't save a fighting game from mediocre gameplay.

subsmoke said:
The 3D Mortal Kombats were seen as failures because the gameplay was cumbersome and clunky and most of the new characters sucked. A good story can't save a fighting game from mediocre gameplay.
Click to expand...

I loved Deception's Konquest mode. The gameplay was okay but it wasn't the game's strong suit though.

Guys I have a question (it's not sc6 related but I didn't want to open a new topic just for that): are other books like New legends of Project soul available?

Hey peeps, can you imagine that in a few hours we'all be able to say "Soulcalibur 6 will be released this year"? :3

To all, a very merry New Year's Eve!

PS: I'd like to see Aeon as a human, but more out of curiosity than the will to play him, but I can live with the double-axed lizard we've seen in V.

They better not cut her out.

I guess I at least can confirm that Amy is dead and have nearly 0% of chance of coming back in any SC game :(
RIP little Goth x'D

Damn. Even on this poll, NOBODY likes Leixia or Xiba. The fact they're below Dampierre and Yoda is somewhat sad

Alucard said:
I guess I at least can confirm that Amy is dead and have nearly 0% of chance of coming back in any SC game :(
RIP little Goth x'D
Click to expand... 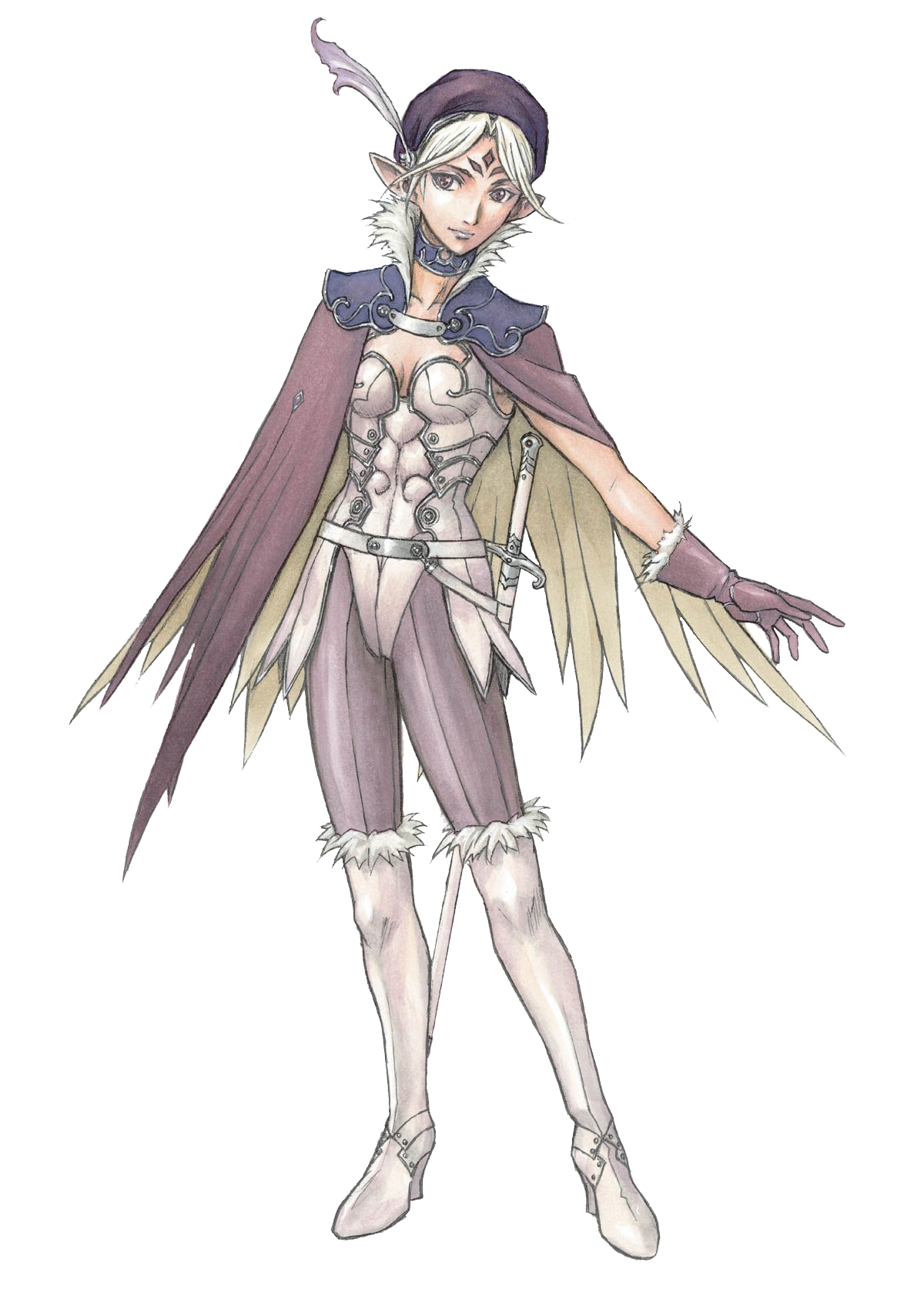 REPROBEAN_CHILD said:
Damn. Even on this poll, NOBODY likes Leixia or Xiba. The fact they're below Dampierre and Yoda is somewhat sad
Click to expand...

No shame in having less votes than the best sc character.

KOS-MOS ranked higher than Leixia and Xiba. What. She wasn't even technically in it just a bunch of CaS parts. Meanwhile Ashlotte, Kamikirimusi, etc, no appearance. Rude.