@DanteSC3 Do you have any speculation on which weapons Setsuka, Hwang and Yun-Seong could get this time around?

I imagine that Setsuka will be revealed in the next 1-2 months and released on month 3-4. Rinse and repeat for Yun and then maybe Hwang is saved for a Season 3.

What fascinates me though is the allocation of weapons. Would Setsuka get some of AlphaPat's weapons? Would Hwang and Yun-Seong mix and match weapons from SC4 and then they have to remodel old weapons from the PS2 titles SC2 or SC3?

I didn't mean any offense! I thought you cared more about creation outfit pieces not swords....

Though I will say Yun-Seong is obviously more likely because he will come with a SC4 outfit as part of his package. Hwang has nothing for them to bundle him with.

Nah, ignore the drama, but if you see a few previous pages, she and I have a conversation about possible Setsuka, Hwang & Yunseong weapons here..

I don't think we can get Qing Long back for the boys, since Leixia claimed it and it got its redesign, and Xianghua kept it. I know there's a dao design for it, but even Xianghua used the dao design back in SoulCalibur II (when it was called Qi Xing Sword), meaning that the two designs are indeed one in the same, as far as the identity of the sword is concerned. No, it wouldn't be the first time that two people in the same game had the same weapon, but the same weapon in a different form is something that has historically been reserved for Soul Edge and Soul Calibur.

I did neglect to mention White Storm's 2p design, though, didn't consider they'd add that, but they probably could/would, better that than having him wield a giant ear of corn. With these things in mind, I'd say it would probably be:
Click to expand...

LisaK I think that if Yun-seong can have Dragon Sword, then Hwang can have Po Shan. They have similar enough designs, with Po Shan having the blue coloration, while Dragon Sword has the red coloration. Hwang having a trend of blue weapons and Yun-seong having a trend of red weapons is something that definitely appeals to their images. You did bring up an amusing point that the two could possibly have the invisible-type swords as their last weapon, as another parallel between the two. I would also find it mildly amusing if Hwang took Blue Qilin from Leixia as a revenge for her family taking the Qing Long, and Hwang's blue theme would make it fitting, along with him having the more jian looking weapons compared to Yun-seong.
Edit: Added alternatives for Lei Yan and Blue Qilin.
Click to expand...

Honestly, I think they'll go the same route as with everybody else's weapons, which would be CAS-able variety. My prediction would be:

I'm afraid they'll not bring Shiranamigasumi back (loved the spiral pattern). Also, I thinks it's highly unlikely that they will remove the umbrella from any of her weapons. Just imagine all of her umbrella moves and winposes with just a scabbard. Would look very weird imo...
Click to expand...

I love more than anything to start up Libra of Souls from the beginning when a new character releases and seeing the style select screen grow and grow with each DLC....

Dissidia said:
I love more than anything to start up Libra of Souls from the beginning when a new character releases and seeing the style select screen grow and grow with each DLC....
Click to expand...

Can’t you get the same effect by just making normal characters?

DanteSC3 said:
Can’t you get the same effect by just making normal characters?
Click to expand...

Doesn’t character creation show the characters profile face? I’m pretty sure libra of souls shows their weapon as the picture 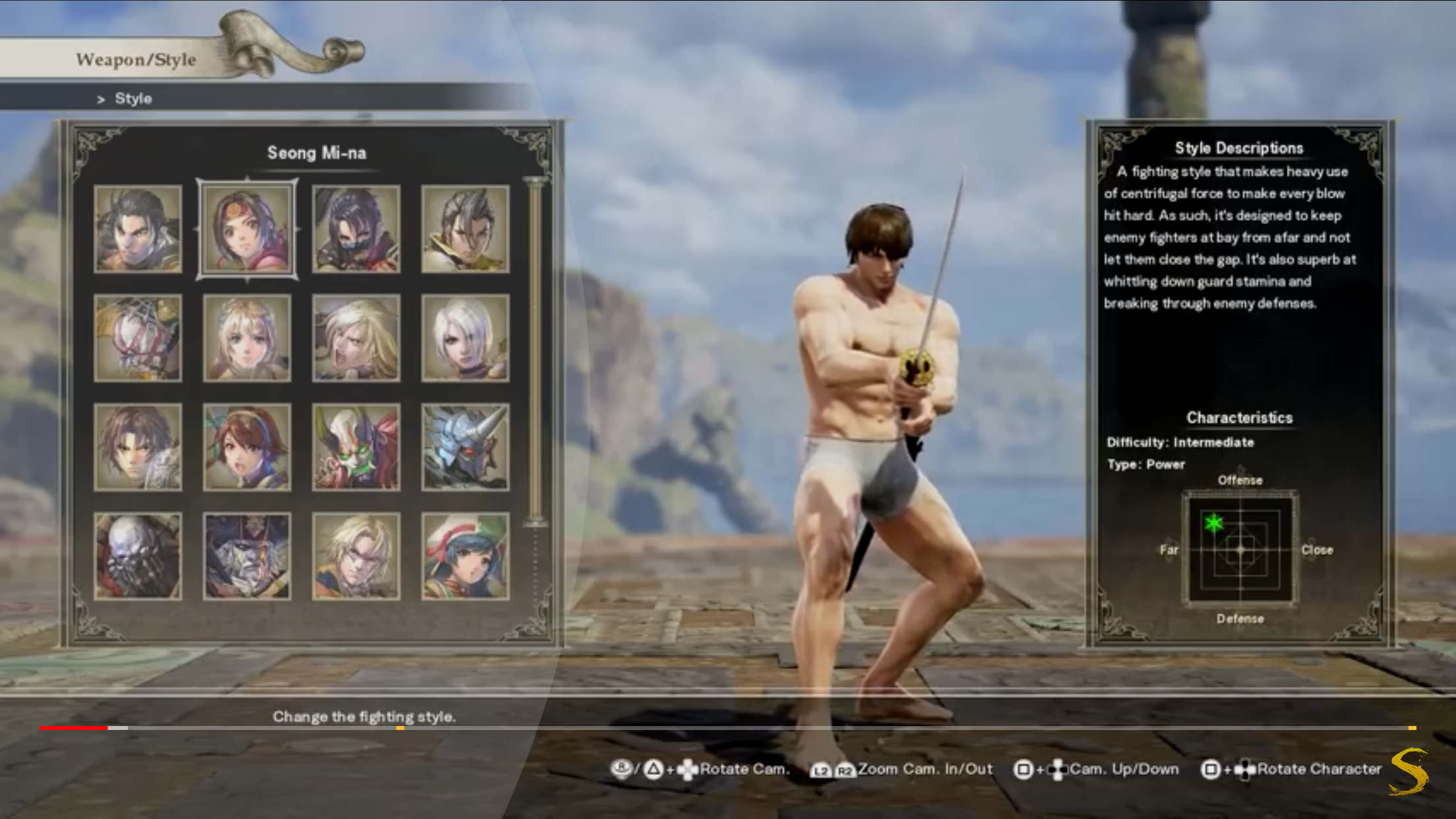 I mean yes, but it’s still the same data either way, just if you’d rather see weapons or faces.

DanteSC3 said:
I mean yes, but it’s still the same data either way, just if you’d rather see weapons or faces.
Click to expand...

I like seeing the name of the fighting style. Like how Sophitia's weapons is listed as Sword and Shield, but Cassandra is listed as (Shield) and Sword 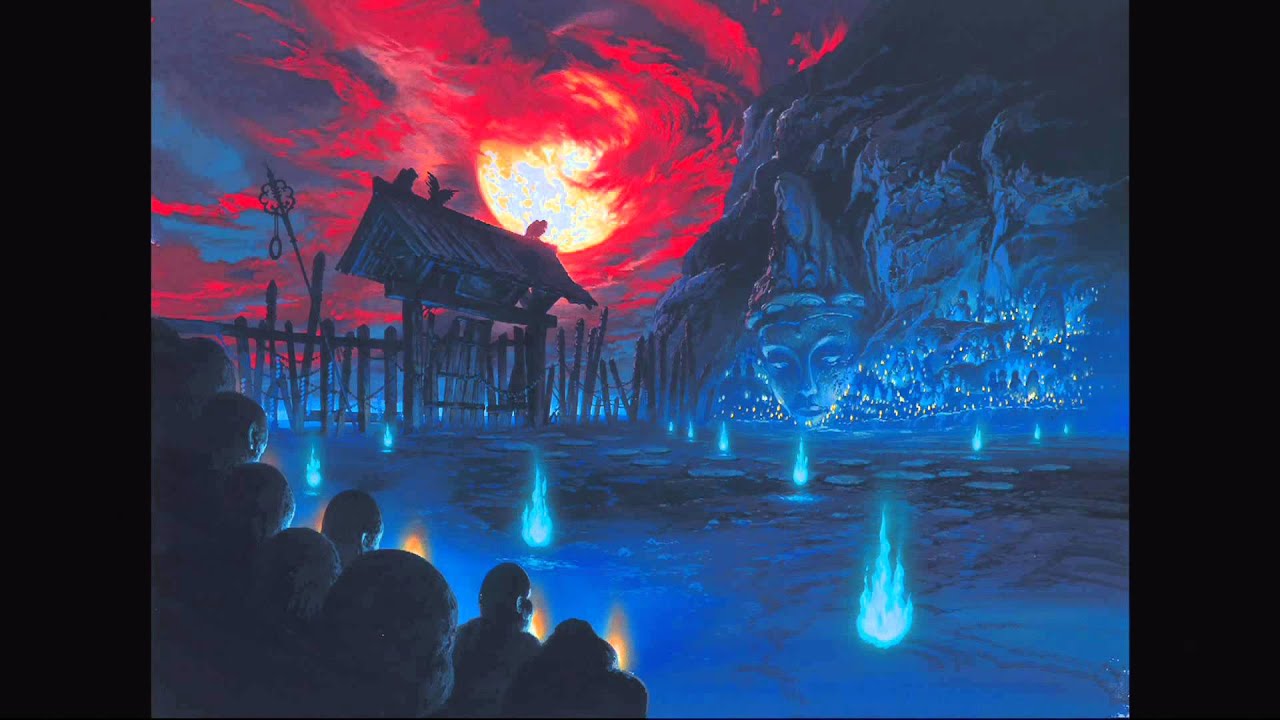 Looks more like a Yoshimitsu stage to me I guess.

Even so in III Taki and Mi-Na could have switched stages around I guess. Mi-Na tends to get some weird stage choices. Since when was she a tomb raider and then a pirate?

That aside other than a daytime Orstreinsburg and a lava Kunpateku stage would be nice.

I will be a bit assblasted if they add Hwang before Yun-seong but be lazy and give Hwang a suite of Yun-seong weapons from SC4.

Please pray that they are mostly unique! I don’t want a Cass/sophitia mix and match situation with weapons...

Yuns weapons belong to him!

LisaK said:
If I could choose a stage for Taki it would look something like this
View attachment 71923
Click to expand...

Isn't that the Tekken 5 stage?

The hideous appearance suits him, but Taki's story is basically to seal spirits and she has already had two stages associated with Buddhism.

I mean you never know bro, who would have bet that she would be replace by Sophitia's son, and that same character that's in the game twice already.

SSfox said:
I mean you never know bro, who would have bet that she would be replace by Sophitia's son, and that same character that's in the game twice already.
Click to expand...

The dark days were illuminated by Natsu and reflected through Viola’s crystal ball onto Z.W.E.I.’s abs where the light has never been seen again.

the character select screen is truly whatever they feel like placing the characters. Why would Setsuka and Yun/Hwang be on the evil side?

Setsuka is neutral and she only live for revenge, which make her not so good and the Koreans wants find the Sword of Salvation aka. Soul Edge. (From what I could understand from Mi-na’s soul, Hwang use the search for Soul Edge as a excuse to search for Mi-na.) 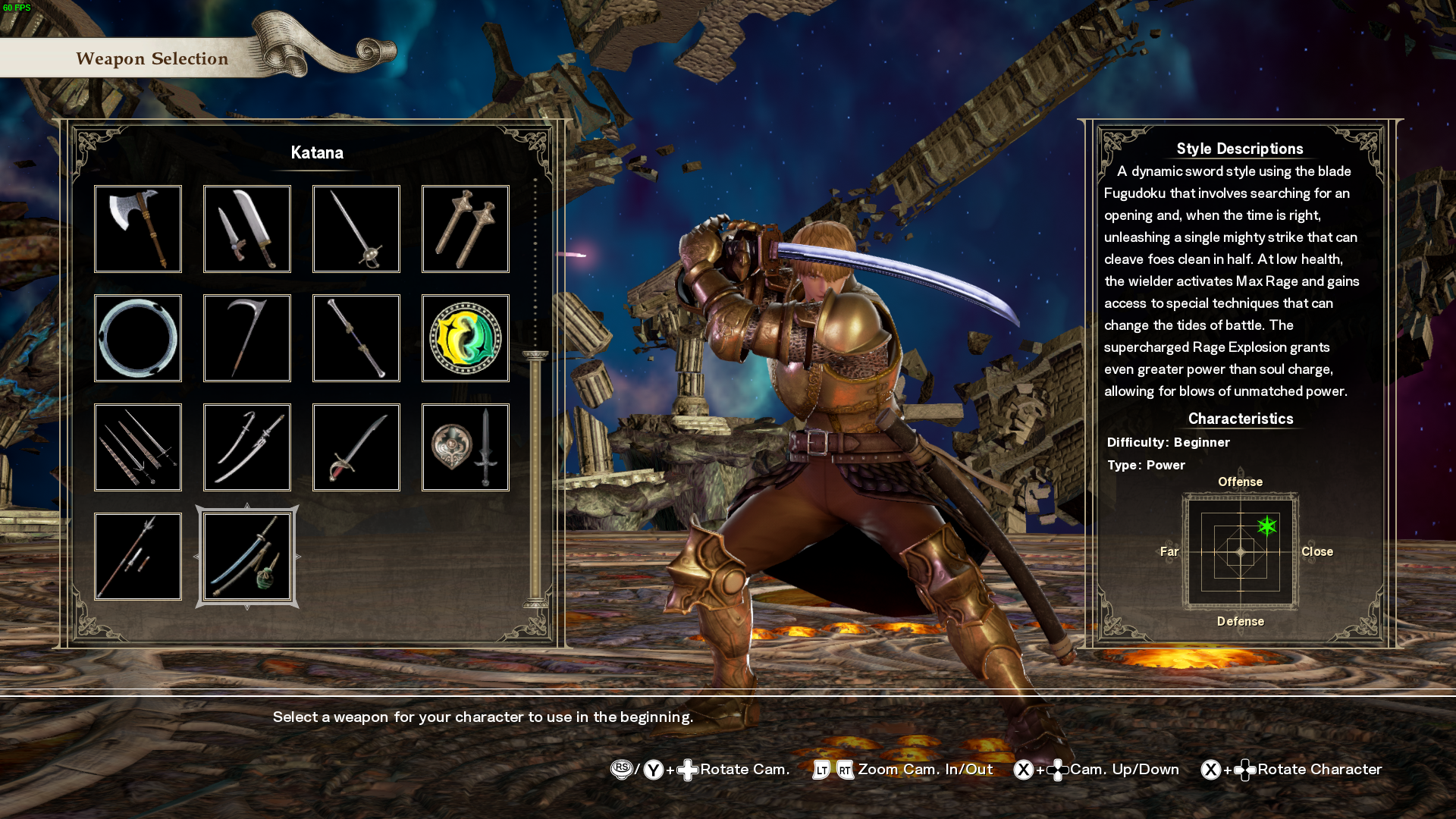