So do we even know how many additional creation parts they plan to add? Do we even know if we'll be getting anything beyond what comes with each new character?

It would be incredibly misleading to advertise the season two the way they’re doing it if we were only getting the parts from the characters, but also there are eight DLC items on SteamDB, not four, which would imply four characters and four customization packs. But no word on how many parts per pack.

Only reason I ask is because of the change in description on the season pass image...you can't help but wonder if there was more to the change.

I took it to be a reclarification that we will indeed get full packs, since the wording before was too vague.

257 missing items- no SC6 for me. i can't recreate my Yun-Seong's unused SC2 outfit without a bolt 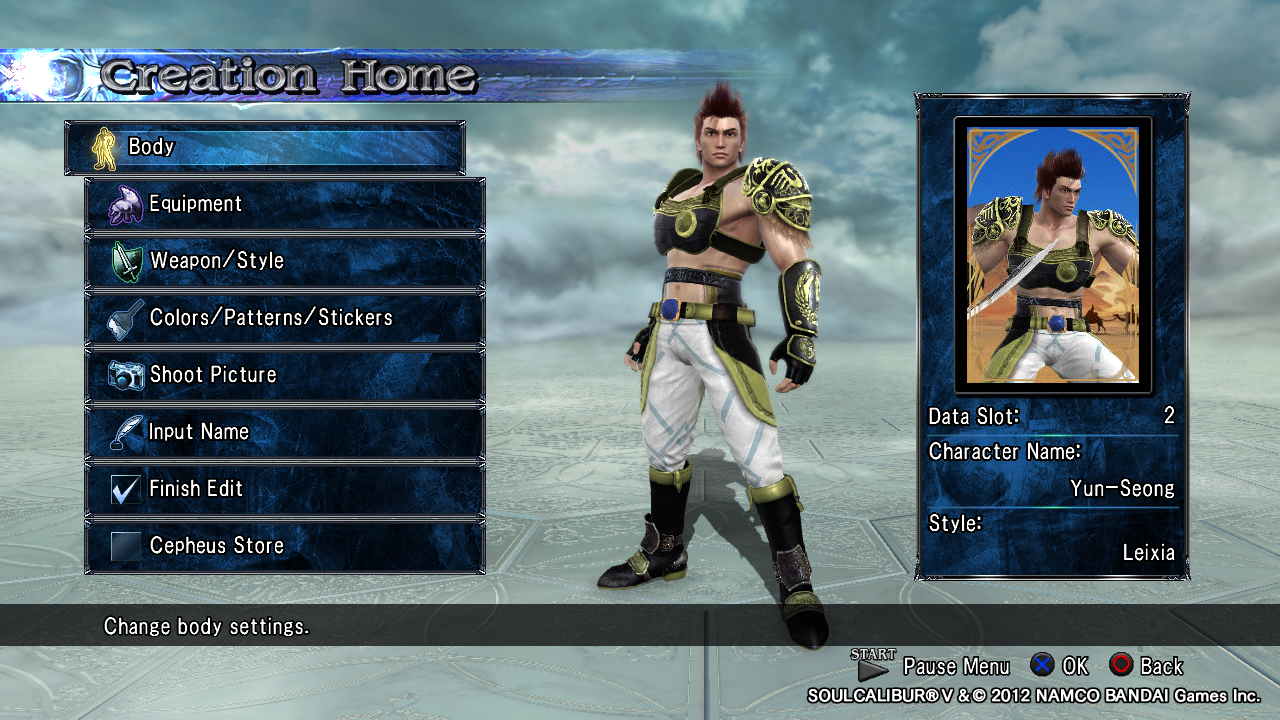 It’s not impossible the bolt comes back among the other season two content. They have added extra equipment with the DLC so far, seemingly at random.

But I do think you could get similar results using the bolt as you are with the back side of the horn. It wouldn’t be quite identical, but it could simulate for the time being.

Just in case anyone hasn't caught it, we're getting 43 new parts for creation, a bunch of which are stickers and Hit effects. BUT we are getting back the leather belt! That's nice. Also we're getting what a set of armor called the Arakan no Yoroi, but I think it was in Lost Swords (Don't quote me on that) and most other things are just old parts that have been remastered, like the santa set and a few pieces of extra equipment. Otherwise we only get two full sets of armor.

Just to clarify but the CAS is getting multiple packs throughout season 2 and it's just the 40 items in the first of three/four no? Something to also consider is that each character will receive anywhere from 10-20 pieces as well. Technically if we get 4 characters (with a minimum of 10 pieces each) and 4 packs (of 40 with some male/female designs of the same equipment) we will actually end up getting over 200 pieces of new/remoded items for CAS by the end of season 2. They could also add more throughout (perhaps with updates or more than 40 items for the next pack).

Kind of curious what are good shades for gingers without being anime red or orange.

I mean I’ve seen Hilde/Amy red almost on women, but Yun-seong/Xiba red isn’t as right. Like realistic a ginger color...

@SpellcraftQuill On Google, search "Irish red hair" and select the little filter that comes up for "natural." LOL There are some fabulous colors out there that are very saturated yet still appear in nature.
___
Also you can always look up "auburn hair" for more subdued, brunette-leaning reds. Even just basic Google image results can be good for reference.

Well, in game which I should’ve clarified. Every red I try looks too anime. My orange is too bright.

Also I was looking at how Pokemon Sword and Shield have leggings in the socks slot which seems odd when in some cases in SC you’re forced between tights or a fancy bra.

SpellcraftQuill said:
Also I was looking at how Pokemon Sword and Shield have leggings in the socks slot which seems odd when in some cases in SC you’re forced between tights or a fancy bra.
Click to expand...

That reminds me, have I ever mentioned how much I miss having the upper and lower undergarments as separate slots like in SC3? Because I miss that. A lot.

Amesang said:
So an update on the "special characters in names" things… apparently some character auto-censor names — but I'm not sure which ones, since the player themselves can't see the censor, only those who fight against them. I was told my cutesy devil girl, Karen 'Akamu, had her name censored… but then again, the name "Karen" is banned on Xbox LIVE when it comes to naming screenshots and dmr captures.

It's times like this that I wish I had a mic so I could directly ask for assistance.

So as a continuation of this post I've been using the "new" in-game chat to test out my characters' names; besides "Karen," it seems "Xiu" (from "Xiù Měi") is also banned, at least on Xbox LIVE. I'd certainly like to know why, but at least this would indicate the the type of letters or punctuation doesn't matter, since "Den Blüdsoul," "Ariel Leåmmas," "Aži Dahāka," and "Dr. Insano" all worked just fine.

Amesang said:
So as a continuation of this post I've been using the "new" in-game chat to test out my characters' names; besides "Karen," it seems "Xiu" (from "Xiù Měi") is also banned, at least on Xbox LIVE. I'd certainly like to know why, but at least this would indicate the the type of letters or punctuation doesn't matter, since "Den Blüdsoul," "Ariel Leåmmas," "Aži Dahāka," and "Dr. Insano" all worked just fine.
Click to expand...

That's bizarre, I've noticed that for some reason spaces don't work, at least on XBOX. I don't really understand, and it's made chinese sounding names like Li Zheng more difficult.

Hope this doesn’t spam the board, but like how we have the character edit pages, it might be interesting for those who mostly do OCs if we could have topics per COTS class. For example a topic for Knight-themed characters or Thief-themes characters.

Ukkesh said:
That's bizarre, I've noticed that for some reason spaces don't work, at least on XBOX. I don't really understand, and it's made chinese sounding names like Li Zheng more difficult.
Click to expand...

Well spaces appear to be working ever since Cassandra was released… unless they've mucked it up again? XÞ It'd certainly be nice if a censored character's name appeared as such to all parties, not just your opponents.

The new season 2 creation pack only has 19 new pieces of equipment (not including Hilde's gear). The rest is just a bunch of hit effects (mostly novelty and childish) and a handful of new stickers.

Not a good way to kick off the season. Another cop out.

No additional options, or extra creation save slots (although these were never promised).

The training stage (infinite tiles) has great lighting making the characters appear more gritty the way they looked in sc4, really nice. Crying shame this stage is only available in training mode, wasted opportunity. The new stage with wolves running in background just looks likes a daylight skin of the moonlight stage, has poor textures and scarce detail.

After seeing the trailer for season 2 and actually checking out the content for myself it all seems a bit rushed, with barebones content made to appear like a major overhaul.

On a positive note the gameplay is feeling good with the new moves etc and reversal edge not dominating matches as much, but none of that is paid content, all free with the update.

They did away with the character creation cards on vs screen which kind of renders them pointless asides from your own identification when selecting. Again, seems like a cop out from a good unfulfilled idea (since they never worked properly before anyway only showing blank cards). They just got rid of it outright instead of tweaking the programming to make it work.

If you haven't bought the season pass yet, then you won't be missing much if you don't just yet.

Actually Grand Labyrinth - Sealed Corridor IS available for use online… for now.
To select it, highlight it's icon and wait for the timer to run out; the game will then select it automatically…


(This is at least true for Xbox LIVE.)​
Speaking of "new" moves, Azwel's 1BB doesn't pop the opponent up and away like it used to, making my 9B follow up miss (though in the video it seems I got either 2B or standing BB by mistake after the 4A+B counter stun). Likewise, I'm going to have to get used to standing AB stunning the opponent away instead of popping 'em up and away.

On a similar note, I noticed Ivy's standing B+K no longer pops an airborne opponent up and overhead like it used to, instead popping them straight up with Ivy still facing away from them… allowing you to follow up with her away-facing A to get 'em spinning in place and Ivy facing them, following up with any number of attack choices, including 88/22(B) into Serpent's Embrace and finishing with 8B+K, Critical Edge, &c.

If you can get the opponent airborne with her 9B+K, you should be able to potentially take off half of your opponent's life bar like that; with that said, I've yet to try it out online since it involves landing 9B+K in the first place. =Þ

EDIT: So according to this Reddit thread, apparently going too far in an SCVI "infinite" stage can cause the characters' health and even the rounds to be reset; considering that Grand Labyrinth isn't meant to be played outside of Training Mode, I suppose that's something to look out for…

EDIT²: So I did some additional testing and it would appear the 88/22(B) follow up only works if the opponent attempts an Ukemi after that back-facing A spin; otherwise, the opponent just gets knocked away along the ground.
Last edited: Dec 1, 2019

SpellcraftQuill said:
Hope this doesn’t spam the board, but like how we have the character edit pages, it might be interesting for those who mostly do OCs if we could have topics per COTS class. For example a topic for Knight-themed characters or Thief-themes characters.
Click to expand...

That'd almost certainly be overkill, plus a lot of them are vague enough that they could easily be flooded, further pushing people's personal threads down.

I think I found a use for the Shoulder Kitty... 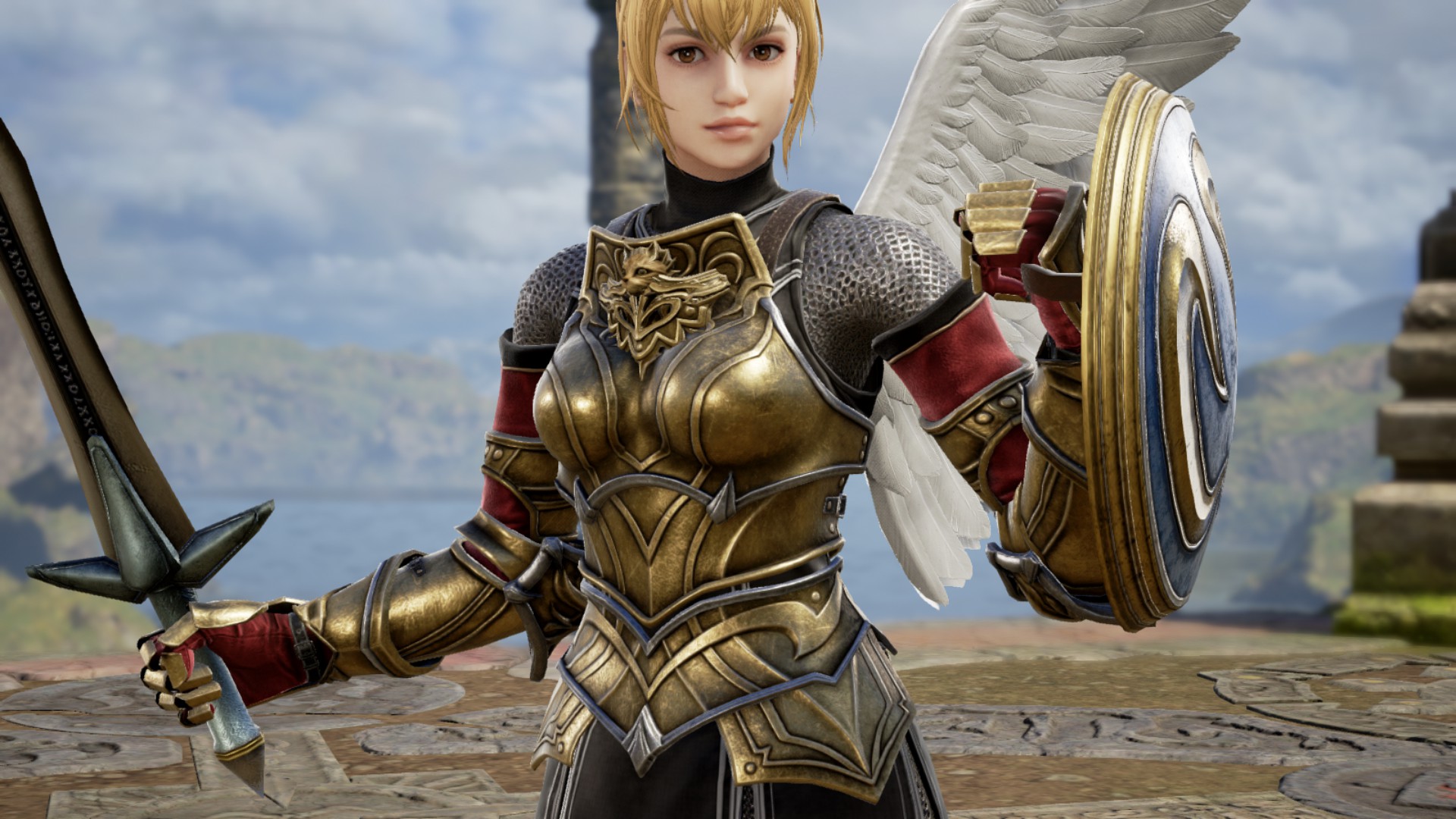