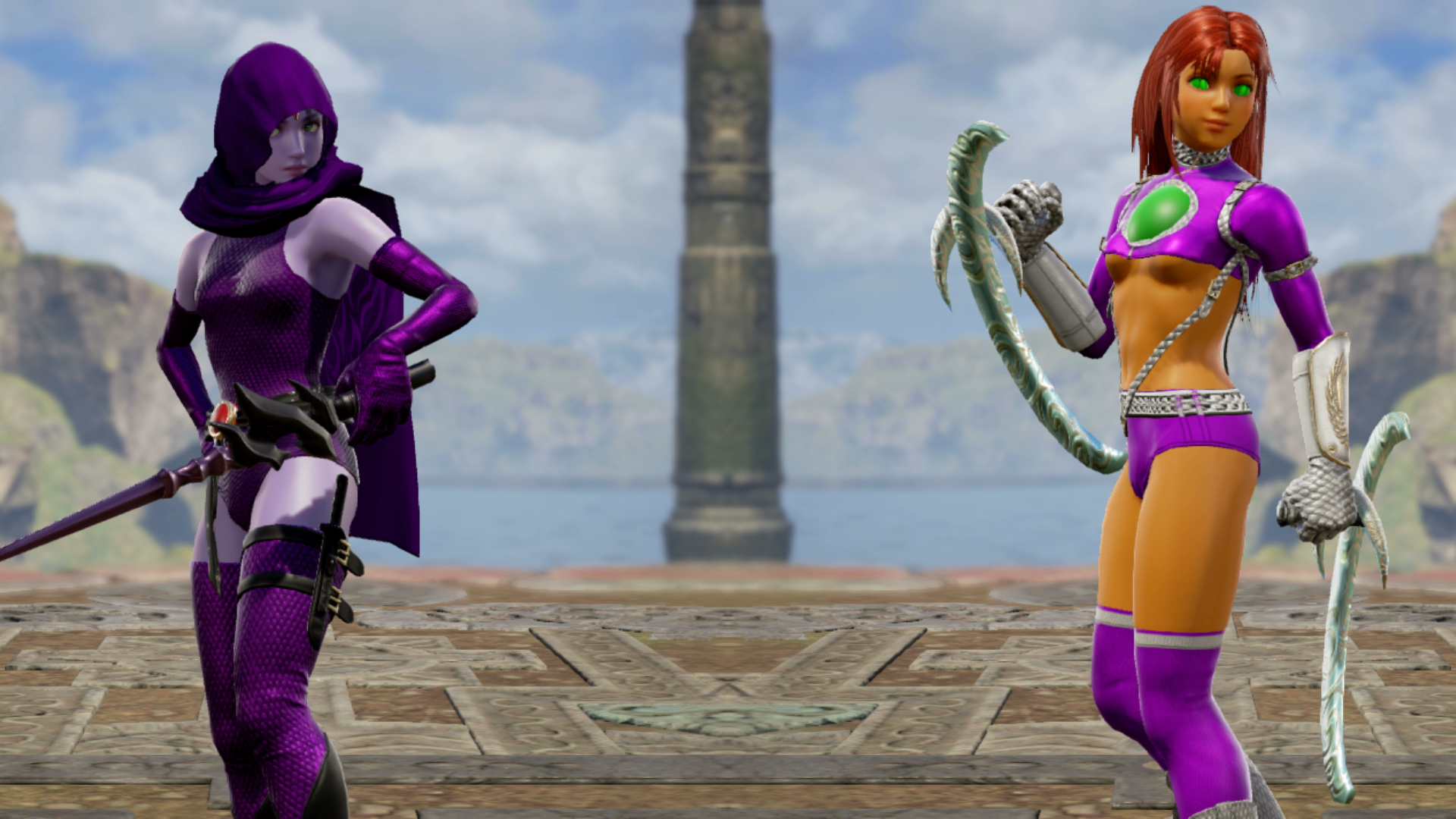 So a hastily made screenshot for a work-in-progress, but… here's Amy and Talim dressed as Raven and Starfire from the Teen Titans. =3

EDIT: Well, this screenshot's already out-of-date. =Þ I was able to adjust the stickers on Amy's body to completely cover her legs, thus allowing me to retool her outfit to appear closer to the cartoon (which also helps an issue I had with my "Poison Ivy"), and so I decided to give Talim the "Ladies' Boots," instead. 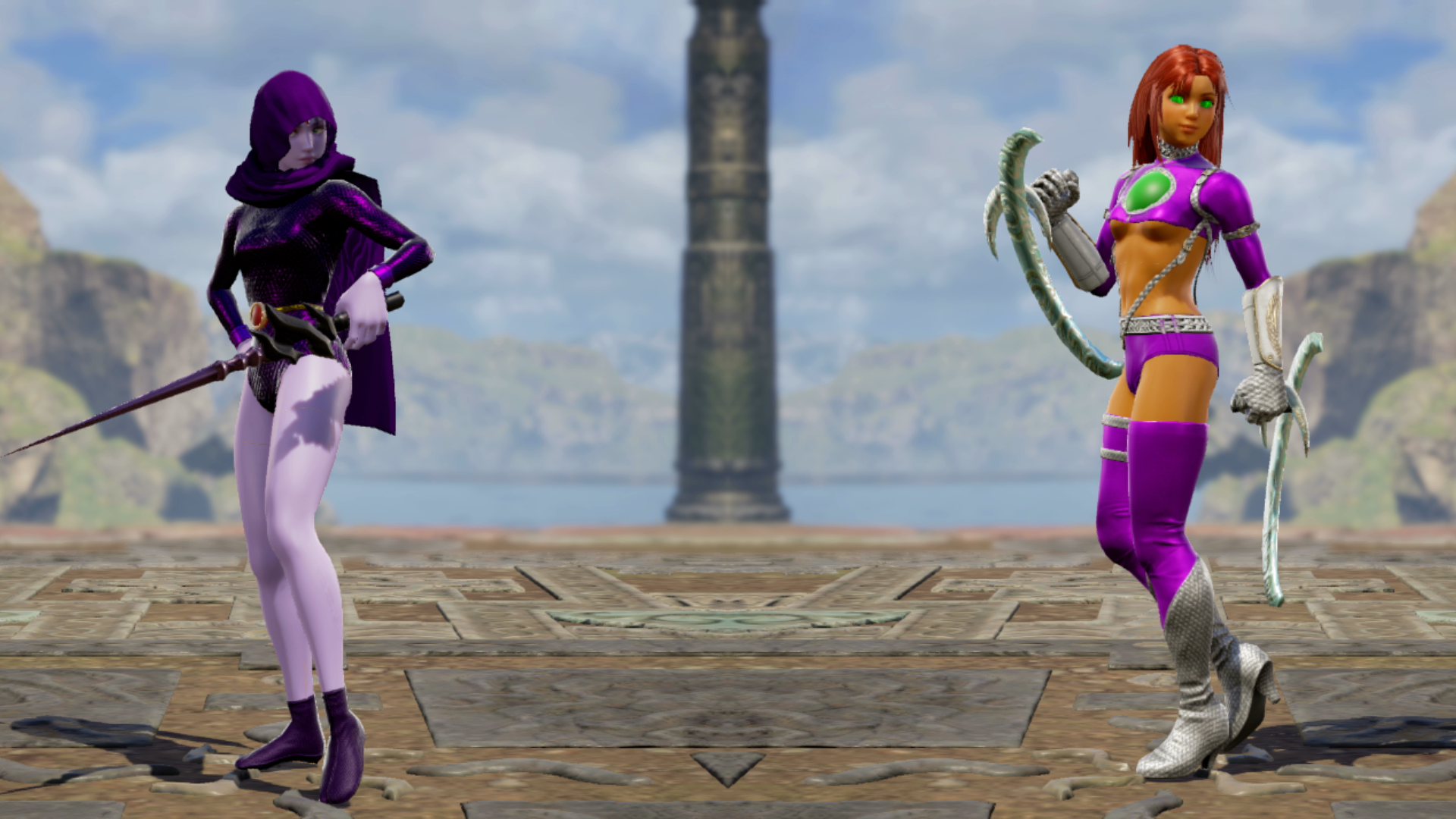 It'd be nice if the game had short socks that were bunched up at the top; I think the "school set" from SCIV had 'em. Granted, it'd also be nice if the dagger on the "Ladies' Boots" had its own color value instead of sharing the boots'.

I might drop the scale pattern from Talim's outfit…
Last edited: May 25, 2022

mokamoka827 said:
If you're referring to the voice that Scheherazade had then I'm not sure where you're getting cute and sweet from lol.
Sure, she sounded young, but pretty much all of her dialogue was aggressive.
Click to expand...

DON'T MENTION IT!!! IT MAKES ME WANNA KILL HER VOICE ACTRESS!!!

NamcoFan said:
DON'T MENTION IT!!! IT MAKES ME WANNA KILL HER VOICE ACTRESS!!!
Click to expand...

Why the hell are you replying to a comment I made 5 years ago?

mokamoka827 said:
Why the hell are you replying to a comment I made 5 years ago?
Click to expand...