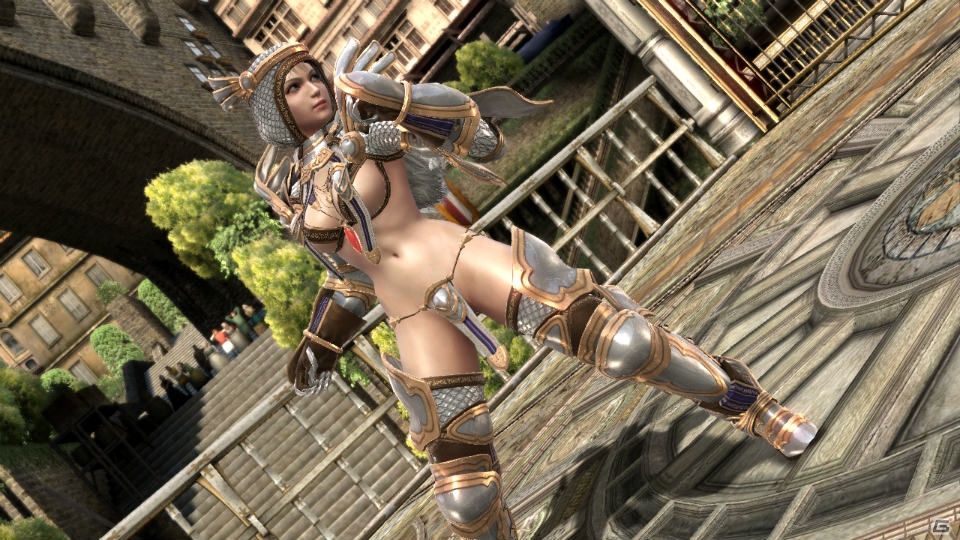 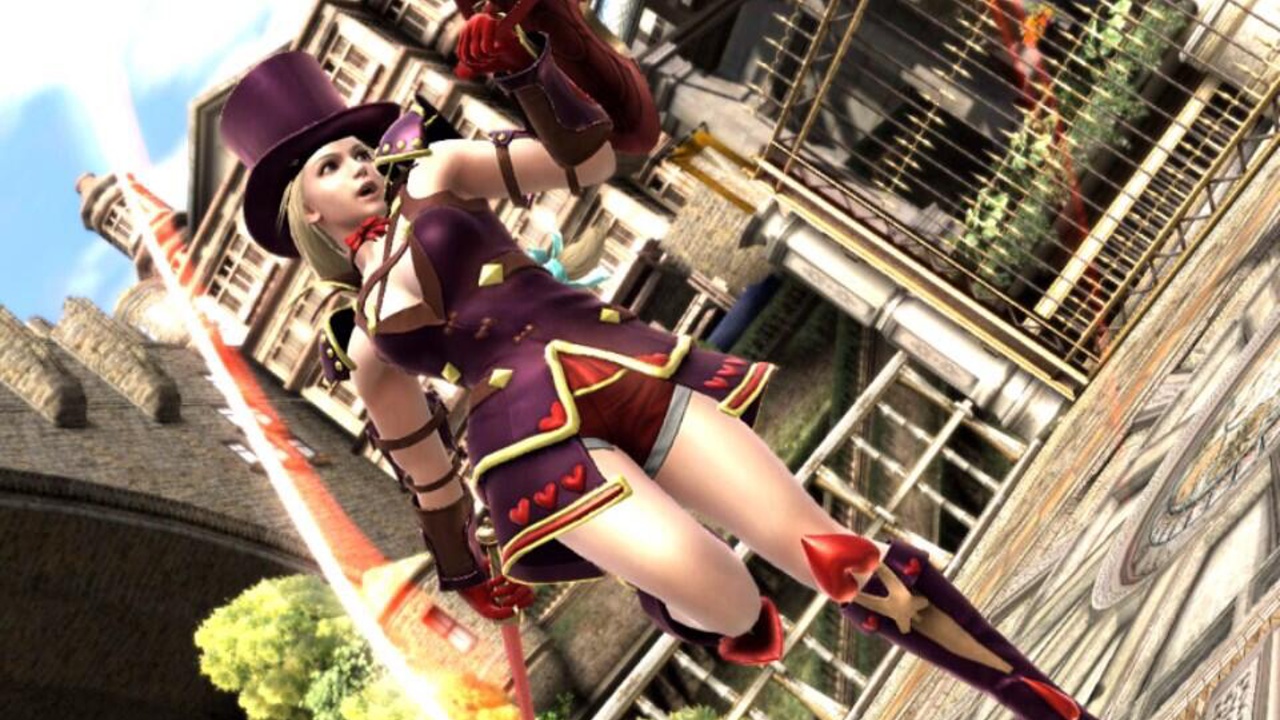 What the actual fuck is this? lol

why are they putting so much effort into giving us these disgusting lost swords cas items that no one asked for when we’ve been begging for legacy costumes since the game was released...
B

Ave said:
why are they putting so much effort into giving us these disgusting lost swords cas items that no one asked for when we’ve been begging for legacy costumes since the game was released...
Click to expand...

They're easier to port I guess

bagazstormy said:
They're easier to port I guess
Click to expand...

i dont see why that would be... lost swords and scv are the same engine
B

Ave said:
i dont see why that would be... lost swords and scv are the same engine
Click to expand...

I thought by "legacy costumes" you meant classic costumes from SE-SCIV, but yeah I guess they should've include stuff from SCV more too. Maybe the bad reception it got from fans has something to do with it?

Japanese audience seem to have request this, i noticed in twitter they're into stuff like this, and also @LisaK shared same sentiment about this.

I mean guess i'm fine with it as long as it don't get overboard at some DOA level and the ratio stay reasonable.

Those unnecessary Tekken parts though...
Last edited: Saturday at 11:15 AM

Right so I'm probably gonna be in the minority saying this but while I'm very happy that Setsuka is back, I'm really not liking her new design for her for herself. Like I know her outfit will be useful for character creation but as for Setsuka herself, I feel like her new appearance is very underwhelming. I'm disappointed that they didn't use the SC3 black hair design as a template for this but I guess the only reason I feel this way is because I sorta grew up with SC3. Like I remember getting it when it first came out in 2005 and being completely enamored by Setsuka's design, it was so simple yet so striking to me and it became forever ingrained in my head. I probably wouldn't mind this new design if Soul Calibur 4 was my first ever Soul Calibur game but yeah. It even sucks that we're not getting her old SC3 for character creation and I wasn't really a big fan of her SC4 look outside of her hair + hair accessories and shoes so at least we're getting those for CAS lol 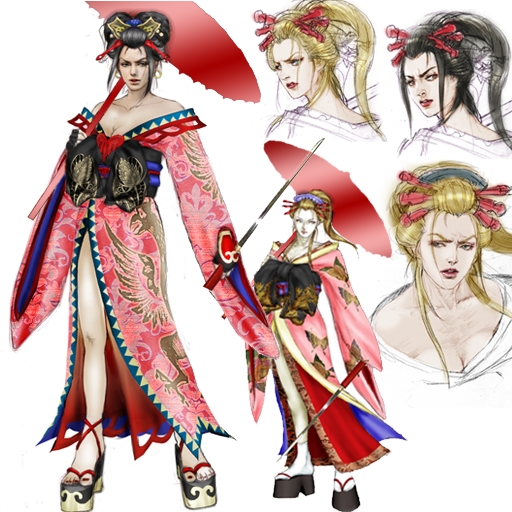 Again, I'm happy that she's back and I look forward to playing as her again and even more excitingly, I can't wait to finally be able to color her umbrella, specifically the "Ridicule" umbrella if she has it in the game because I've always wanted to see how it would look in all black or all purple but aside from that, I just think it's a shame that it feels like they're trying to pretend like Setsuka's SC3 look never happened which is sad because it really was a unique look for her in my opinion. 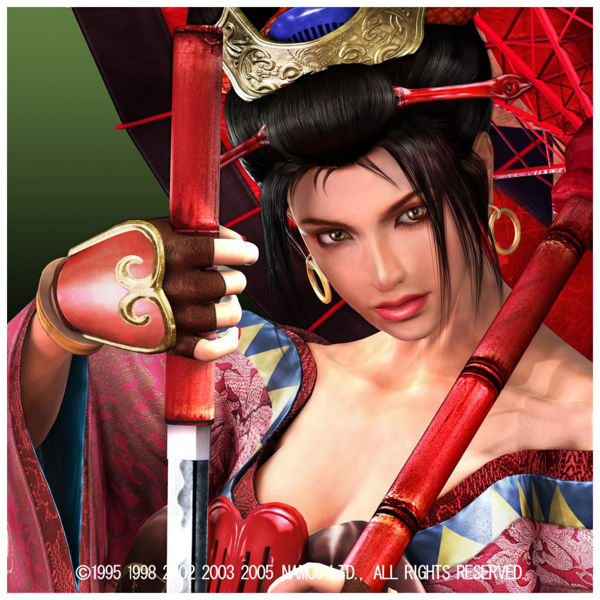 Aside from that though, I'm really not feeling the Tekken outfits at all but it's mostly because when it comes to CAS, I prefer making original characters over cosplays and I prefer making characters that look like they could fit into the SC universe so I tend to avoid a lot of the modern clothing. The only useful thing I see from this DLC Creation pack is Mitsurugi's SCV look which is pretty cool to see comeback. I hope that they will bring back some more old school Soul Calibur outfits once they're done with the character DLC since it looks like Hwang or Yun-Seong will be the last character we get unless they plan on bringing Rock and/or Lizardman in a season 3. And I still stand by saying they should just recreate old looks from SC1-SC3 and bring them in as DLC clothing,
Last edited: Saturday at 11:19 AM

I assume they'll focus on her being a foreigner ("daughter of savages") rather than having a Japanized* outfit.

*does this word even exist?

JohnMcKee said:
I assume they'll focus on her being a foreigner ("daughter of savages") rather than having a Japanized* outfit.

Right, that seems to be the case. I think this is why it sucks that they don't have official alternate outfits because they could've just done what they did with her in SC4 where she had one "Japanized" outfit and one European outfit. But nonetheless, her SC3 look was just perfect in my eyes and it's a shame it's just gonna fade into obscurity lol
B

They still acknowledge that she had black hair. They gave her little black streaks to show she dyed it to fit in. 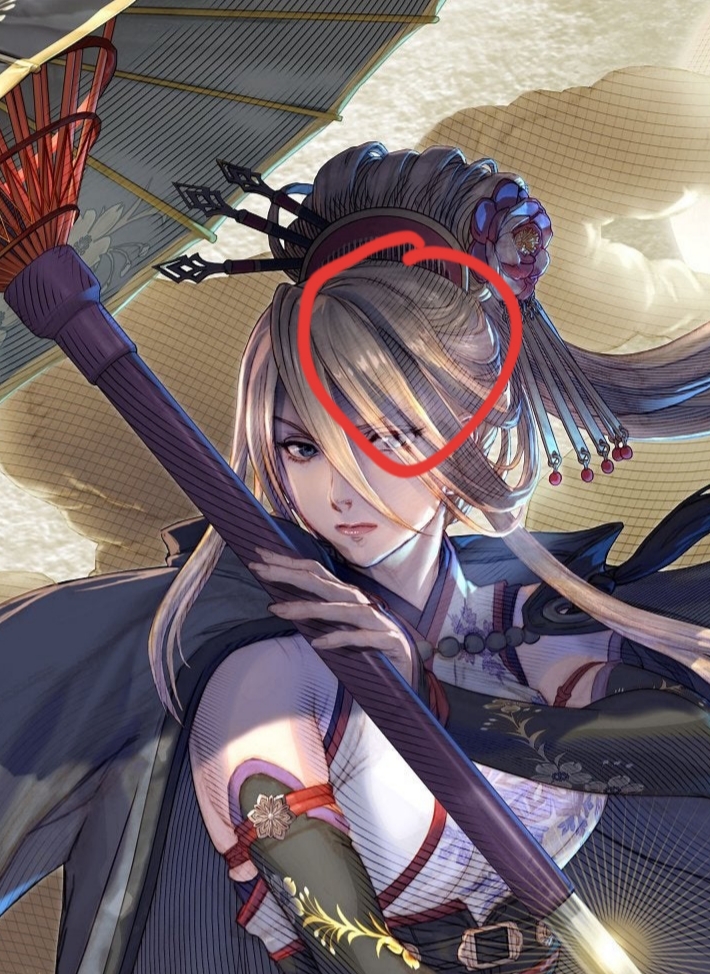 Plus this is supposed to be pre-SCIII Setsuka. For all we know she may get her SCIII look in her ending like Hilde did with her SCIV look.

Frayhua said:
Tekken is always the flagship Namco fighter. Namco now giving SoulCalibur the attention it deserves after years of mismanagement. The people at Project Soul before Okubo didn't really have the passion to make SC great like Tekken. SCIII (PS2) was buggy & unbalanced. AE was not released on PS2 like Tekken 5 DR was released on PSP & PS3 PSN. SCIV balance was really terrible because Hilde & Algol were so broken they were never fixed in that game + lots of really underpowered characters like Tira, Yun-seong, Rock, & Mi-na. SCV with overbuffing Viola + Hilde & the final patch was just to nerf Leixia Double CE & not to toned down Hilde, Viola, & Pat. SCVI comes out and does well enough for a Season 2 + World Tour(Cancelled by COVID -19, but online version is coming in October.). SCVI is getting constant support for fixing bugs & glitches.

Sure, 4 months to get a DLC Character is long, but it's worth waiting for in the end. Some people are so impatient they attack Project Soul calling them "lazy", saying COVID -19 is an excuse & declare this game "dead" when a certain character isn't announced right away after looking at a Steam Datamine. Project Soul has learned to work for home just fine. Hwang fans have a badge of honor for waiting 15 years. Hwang is going to be a great Christmas present to them. I don't think Namco is going to leave Yun-seong fans out to dry. He might have a cameo in Hwang's Soul Chronicle. If Namco made SCVI & Tekken 7 get online versions of World Tours, I think SCVI Season 3 might happen.
Click to expand...

I usually don't like when you take big hot takes without explaining things, but here I agree in most of you said and hopes it will happen like this!

SC has made a good demonstration to Namco's head quarter, Setsuka's reveal trailer also was one of the big things of this RoundTable so it did shine a lot.

The game has sold EXTREMLY WELL compared to expectations. If you look on steam, it did 14,000 active user peak on launch month compare to Tekken who did 18,000. Sure most of new people dropped the game to go back to a bigger title, but this indicates if SC becomes a leader game, it has the interest of the most part of the FGC.

The lack of trust of Namco at the begining by not giving a WorldTour and not investing more and The Corona Virus undervalued again the potential of SC WT. If only SC6 had a WT at launch with all that other games top player attentions, it would have become crazy for the competitive scene. But I can understand that for a game who were in the verge of dispapearing they didn't took full risk the first year and I'am glad they already took the decision to revive it.

I don't know now how it will end (because of Corona) but one thing is sure :
- The Head of Namco has understand that there was a potential in SC serie, and this potential is something close to Tekken with the right team behind it
B

Another interesting thing in Setsuka's new design, it seems that she wears a corset as opposed to a more traditional obi. Perhaps another subtle reference to her European heritage? 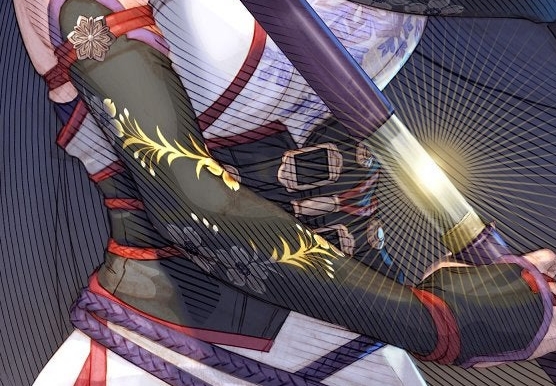 • I have to admit . . . . as an artist, I love the new hair! Theoretically and stylistically, it looks fine. HOWEVER, upon viewing the in-game model, I was not pushed over the edge like the vast majority of you. Blonde or otherwise, I do wish it was monochromatic. But on the design? Perfect.

• Apparently there’s some dislike of the Critical Edge . . . . How? It was unexpected to me — with everything taking this long I’d fully expected the team not to be this creative and was waiting for something too similar to her critical finish — but showcases an unconventional use of speed, keeps itself technically simple, and yet is simultaneously gorgeously elegant with BEAUTIFUL artwork and a fabulous K.O. animation!

• I’m not super into her 66B being kept in its aPat form, but I’d like to assume it’ll be a B,A in Soul Charge and the lethal hit seems nice.

She's trash, We don't talk about this girl..

LisaK said:
She's trash, We don't talk about this girl..
Click to expand...

Plus she’s dead too. Now her soul haunts the forums and @Dissidia