LisaK said:
Confirmed Valeria has more boobs than Setsuka, I can sleep tonight. Next.

Honestly Valeria deserves a second chance, bring her back with a complete moveset.

I'm honestly super impressed with her design, I was almost certain we'd just get a dressing-down of her SC4 design. The black and white was an unexpected but very nice choice of color scheme. Also kinda living for the ancient Japanese Louboutins she's sporting lmao
Was kinda hoping for black or brown hair but oh well. At least the ponytail's pretty. Excited to see what her armor break hair looks like.

All in all, comically absurd cup-size increase aside, this is probably my favorite design of the game tbh

Less excited to see that ridiculous Lost Swords "armor" set but eh. Least the boots, gauntlets, and headpiece are usable.

LisaK said:
Sorry luv, but I want they lose in Season 3 because I prefer Rock & Aeon than Viola & Z.W.E.I..
Click to expand...

So you want a dirty caveman and a gecko???? tbh aeon should just be added already

Ricardoshark said:
Honestly Valeria deserves a second chance, bring her back with a complete moveset.
Click to expand...

Plot-wise she's the only maid maybe could become a 'true' character, but I think devs don't have intention to bring her, except if they have MUCH budget to make/bring more filler characters. If I remeber correctly some of her kicks are from Tekken characters and Algol absorves some of her moves alongside the Revenant's Wave Blade moveset.

SpellcraftQuill said:
The more conservative design may arguably be connected to the younger look she has. But it’s weird how she got a rare de-aged design.
Click to expand...

Mitsurugi and Sophitia are also "de-aged", especially Mitsurugi, but effectively anyone who is representing their SoulCalibur I persona basically is like that. You could argue Seong Mi-na is looking younger Azwel as Kilik and Xianghua, it's really kinda bizarre to have some designs clearly from ~1586 and others from ~1590, but that's what happens when you make this kind of game that spans years of timeline. SoulCalibur VII likely won't have this, though, assuming it's covering SoulCalibur II-IV, all taking place between 1590-1591. Though it might have some after years to build us towards the future more gracefully than was done with SoulCalibur V.

I like it, though, seeing Setsuka from the start, getting her origin story properly presented in-game finally, like we got for Raphael, Talim, Tira, Amy, Cassandra, and Hilde, which wasn't done properly before. It helps garner feelings to care for the characters as individuals beyond their movesets, which really does a lot to create a deeper bond, I feel. Setsuka was among the lowest tier of relevance to the main story as it was anyway, and her personal story wasn't given much attention either, so this is the chance they needed to really breathe life into her character.


Ricardoshark said:
Honestly Valeria deserves a second chance, bring her back with a complete moveset.
Click to expand...

I don't really have hopes for the shop girls, considering they seem fine with us just buying stuff straight in creation or museum. All three of their styles, though, were quite unique and brought something cool to the table. Maybe not literally bringing back Lynette, Phualin, and Valeria, but repurposing their styles for a new character would be the more realistic expectation. If we must eventually get Xiba back, for example, he could use Phualin's extendable staff to be a better representation of the Monkey King that he's already doing, rather than aping Kilik's style poorly and also stealing from Mi-na to take them both off the proper roster. It's a win-win, to keep everyone and to give everyone more originality. The grieve edge has potential for a lot of possible applications, but tambourines, that would take a special level of Dampierre to sell properly on a non-joke character.

Xianghua and Kilik kinda look like different people in 2, but got their old designs back afterwards.

At least Mitsurugi and Sophitia looked like that once. So did Mi-Na. But everyone else seems to look the same.

Also keep in mind Mitsurugi and Sophitia were the original two reveals. And SCV stopped caring about aging once Maxi and Ivy were revealed...

And if mystery Japan person is Kunimitsu for Tekken 7, she probably didn’t age either as she too was frozen like the Williams.

LisaK said:
Confirmed Valeria has more boobs than Setsuka, I can sleep tonight. Next.

Hideo himself said that Setsuka is 4th in height, but she wears those goofy platform Oiran sandals that adds significant height
The right-left order isn't necessarily in height (as you see Natsu is a tall outlier
In SC6 the heights are mostly following the cannon/height chart, but Seong MIna (barely) and Tira (especially) are taller than I expected

I wish there was a default pose like in the SC3 create-a-character art where they hold their weapons, so I can compare the in-game weapon sizes as well 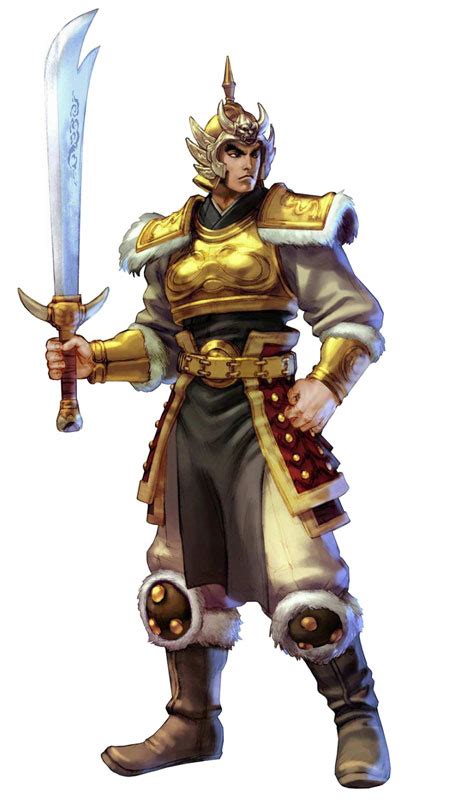 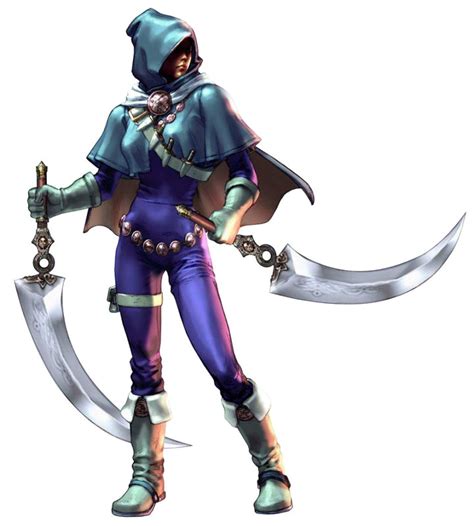 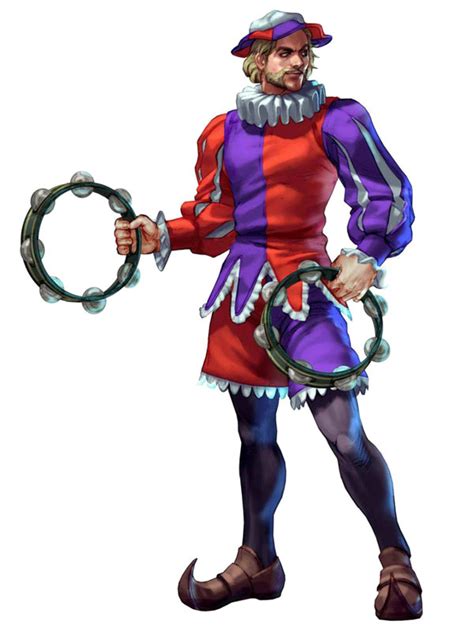 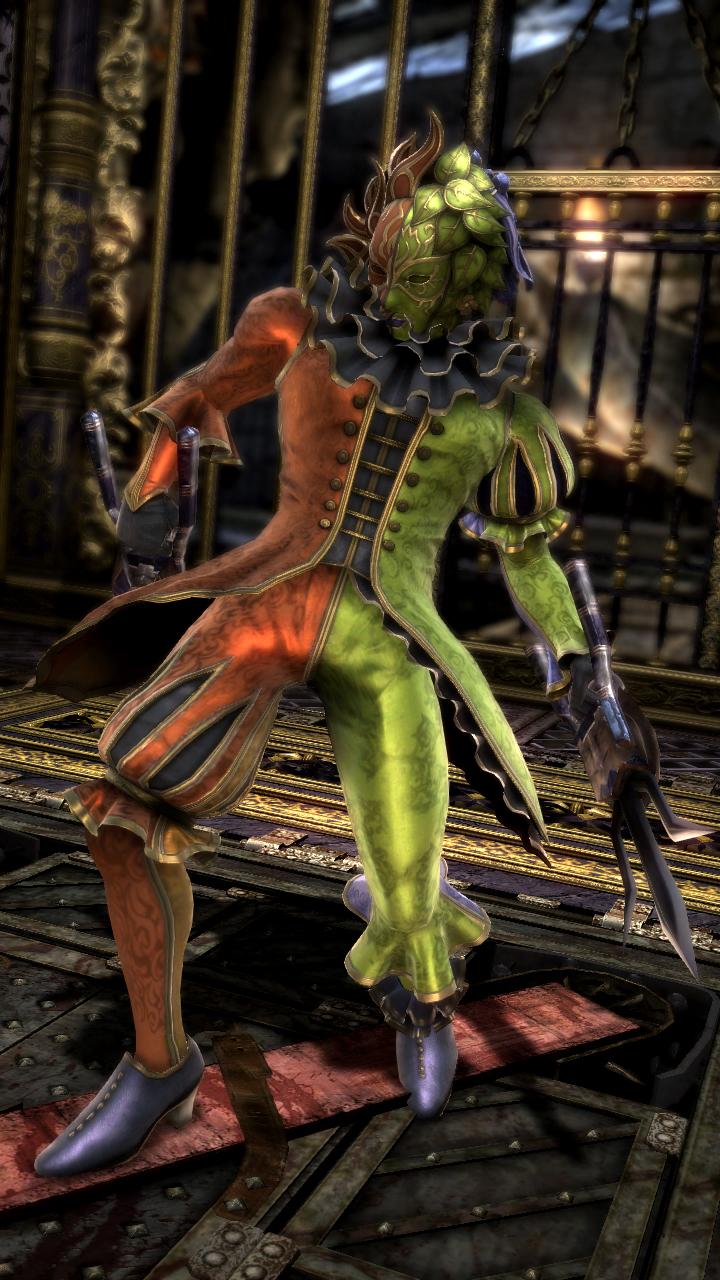 I'm back to say I tried to pretend really hard I didn't see Setsuka and it was Hwang.
Setsuka looks cool though.
I wish they kept her darker colour scheme from SC3 though.

Say you haven't forgotten me.. 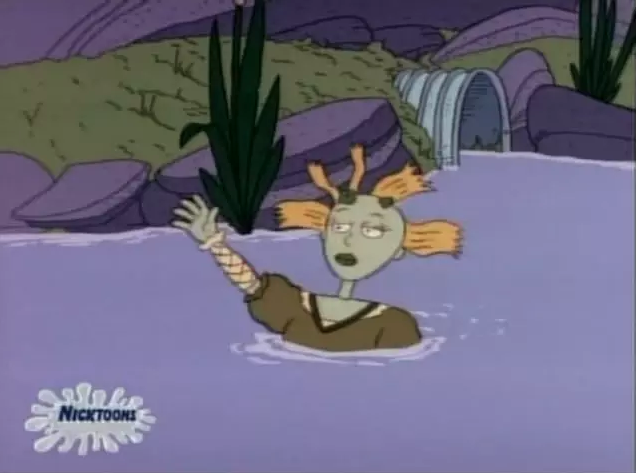 Starringrole said:
I'm back to say I tried to pretend really hard I didn't see Setsuka and it was Hwang.
Setsuka looks cool though.
I wish they kept her darker colour scheme from SC3 though.
Click to expand...

Welcome back to the wastelands of Soulcalibur.

Kai_lombax said:
I think they should've gave her the unused longer geisha hairstyle in the SC3 1-player concept art even if they kept it all blonde.
Click to expand...

Yeah, I liked that one, too (obviously, duh). While I'm okay with her new hairstyle, I dearly hope that her hairpins/hair ornaments will be seperate ExEq items (without the meh flower), so we'll be able to recreate something similar with the Geisha hairstyle or her SC4 hairstyle.

I don't want to get involved in this, but I know many who didn't even play with Setsuka but were bothering the devs to bring her back. Next month the same unbearable people will start to cry for Viola. Honestly I'll block them and I don't care..

LisaK said:
I don't want to get involved in this, but I know many who didn't even play with Setsuka but were bothering the devs to bring her back. Next month the same unbearable people will start to cry for Viola. Honestly I'll block them and I don't care..

To play the devil's advocate for a second, in fighting games in general you don't need to play the character to enjoy said character.
People can find it fun playing against someone, too. Likewise, the opposite is equally true.

LisaK said:
And please people who have been saying "Hwang> Yun-seong" since 2017 please don't be fake about saying how happy you are if he returns to the game, whether this or the next, YS fans don't need charity, especially of some people desperate for likes on twitter.

I've never chimed in on this topic before, that I can recall, but I think my opinion would be closer to "Hwang ≥ Yun-seong"; that is to say, if pushed to make a choice as to who to include, I think I would consistently say Hwang, but at the same time I don't think it makes a huge difference which gets in. It would be a pretty massive oversight to not have any dao wielder in the game, but I understand the arguments for why there's a decent chance only one will get in, even if there is a third season pass. And my preference for Hwang over Yun-seong is only so strong. Anyway, why does anybody being happy about his return have to be about YS fans? And how would that be charity in any event?

Most importantly, why go out of your way to put yourself in a position where you have to feel slighted by excessive but essentially well-intentioned platitudes about being happy no matter who gets in? Those statements may mean very little in practical terms, but there's nothing aggresive or mean-spirited in them. Surely the only two healthy responses to someone saying "I prefer X, but I'd be happy for my fellow fans if Y or Z got in, instead!" are either 1) bored indifference to a statement that didn't really change anything or 2) appreciation for the underlying sentiment that in a zero-sum contest between stans for various characters getting a limited number of DLC slots, we should be able to at least find a silver lining when our friends get something nice rather than being petty just because we didn't get what we want. And believe me, I'm a little closer to that first sentiment than the second, but still, why get pissy with your fellow fan over any of this? None of them made the ultimate decision on who to include, and if they are making an effort to be gracious about winning out in that pareto contest, it is either a nice gesture or a meaningless one at worst: I don't see how it can be taken as an affront.

@Rusted Blade this is for something happened last week and No, this don't have anything to my 'affair' with Dissidia, that's why i prefer to delete it so that he doesn't end up thinking that I was attacking him and Thank you very much for answering my aggressive comment after I deleted it..

Setsuka is in the game(soon). No need for any more twitter drama about her.