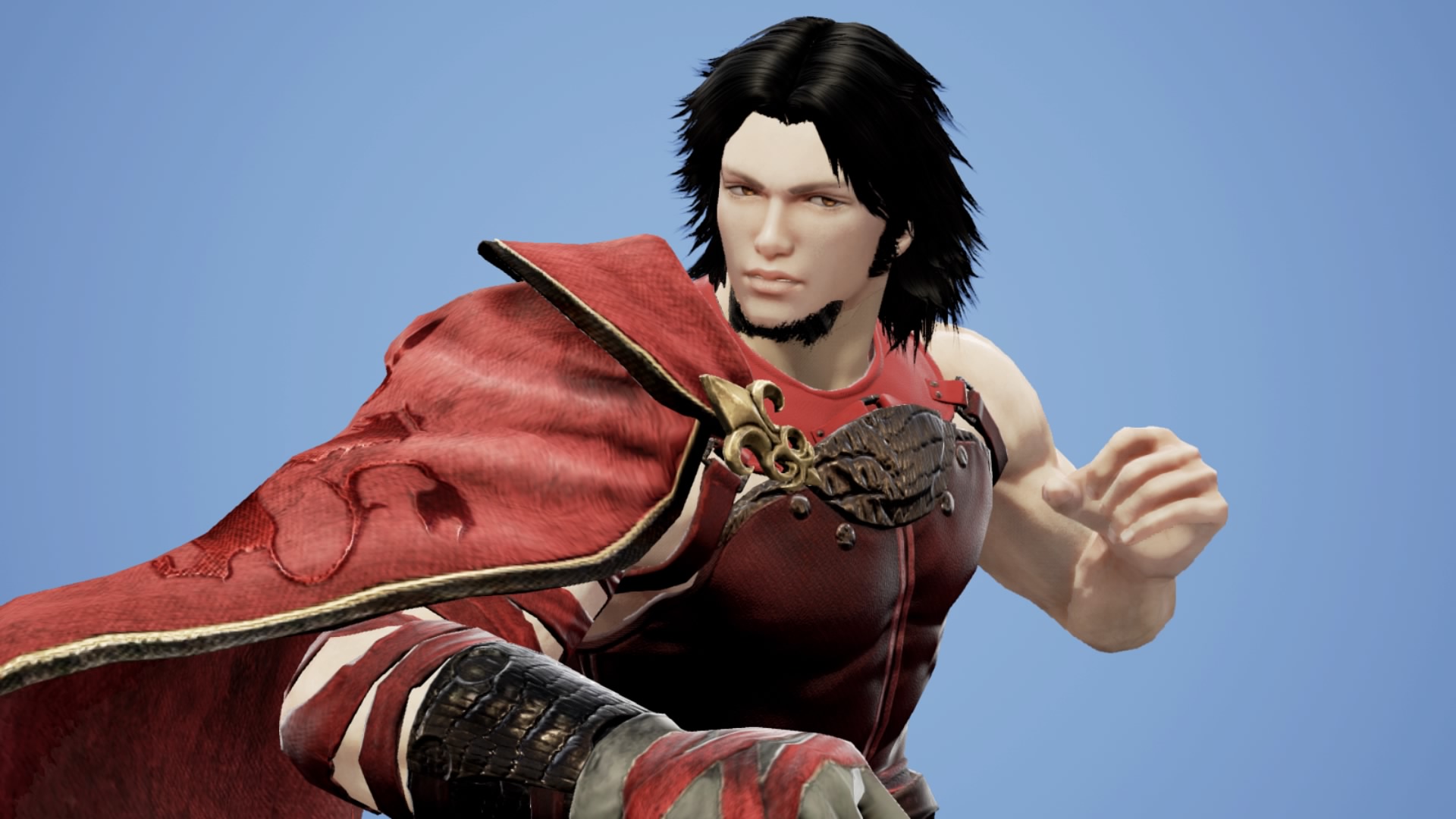 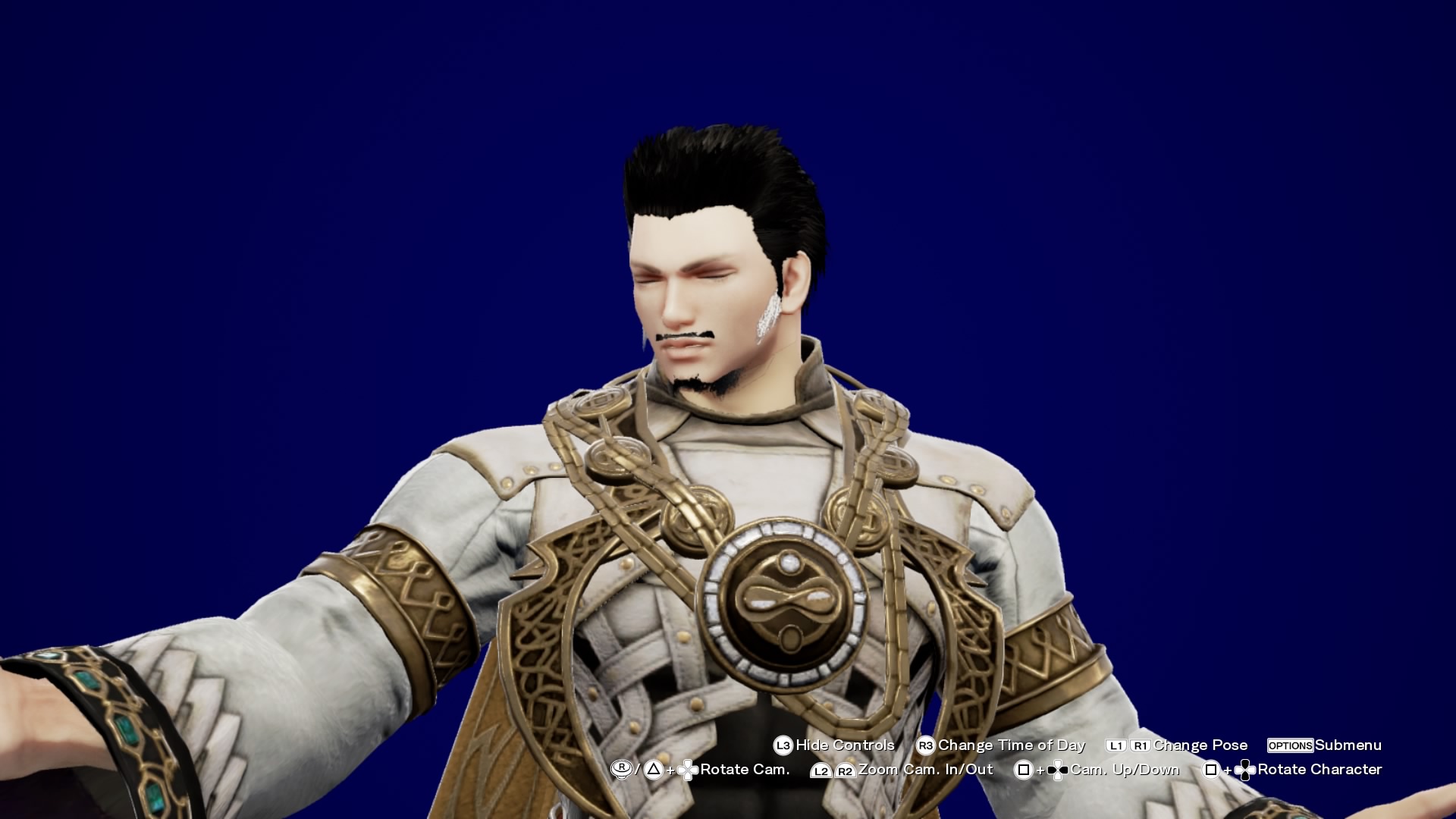 Experimenting with the moustache... 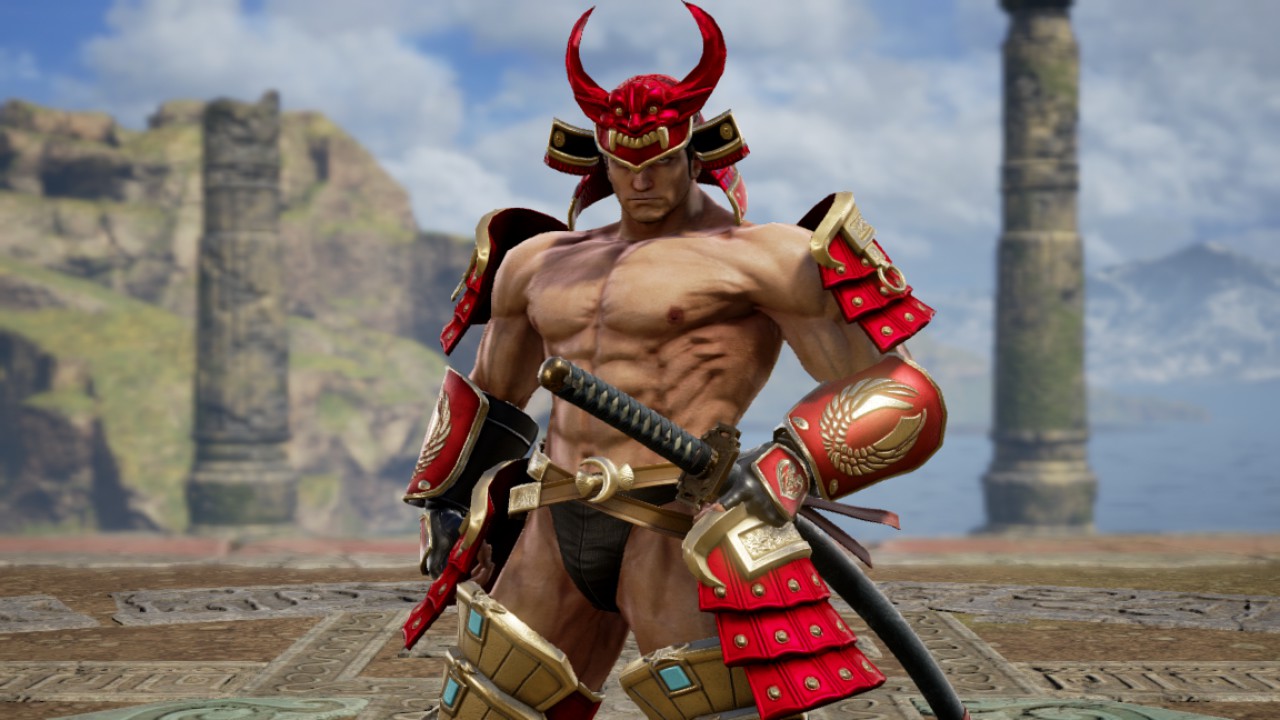 Made use of the Tiger Lily Costume Set. 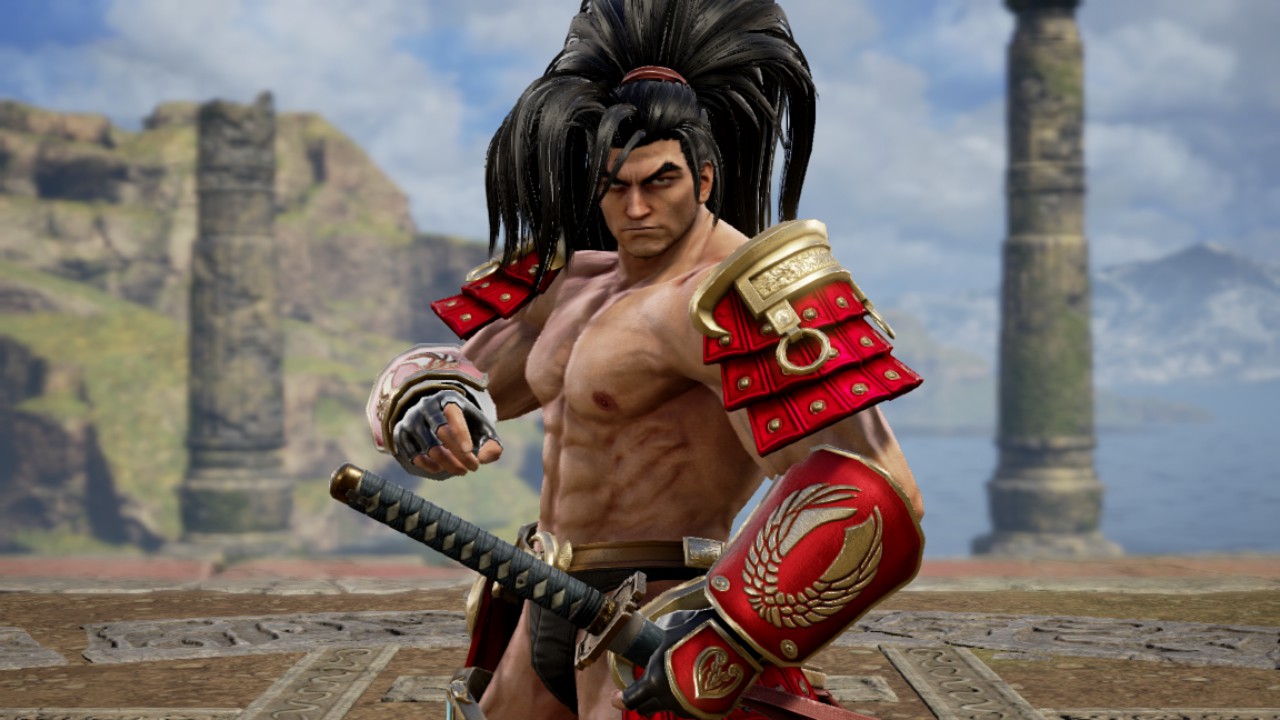 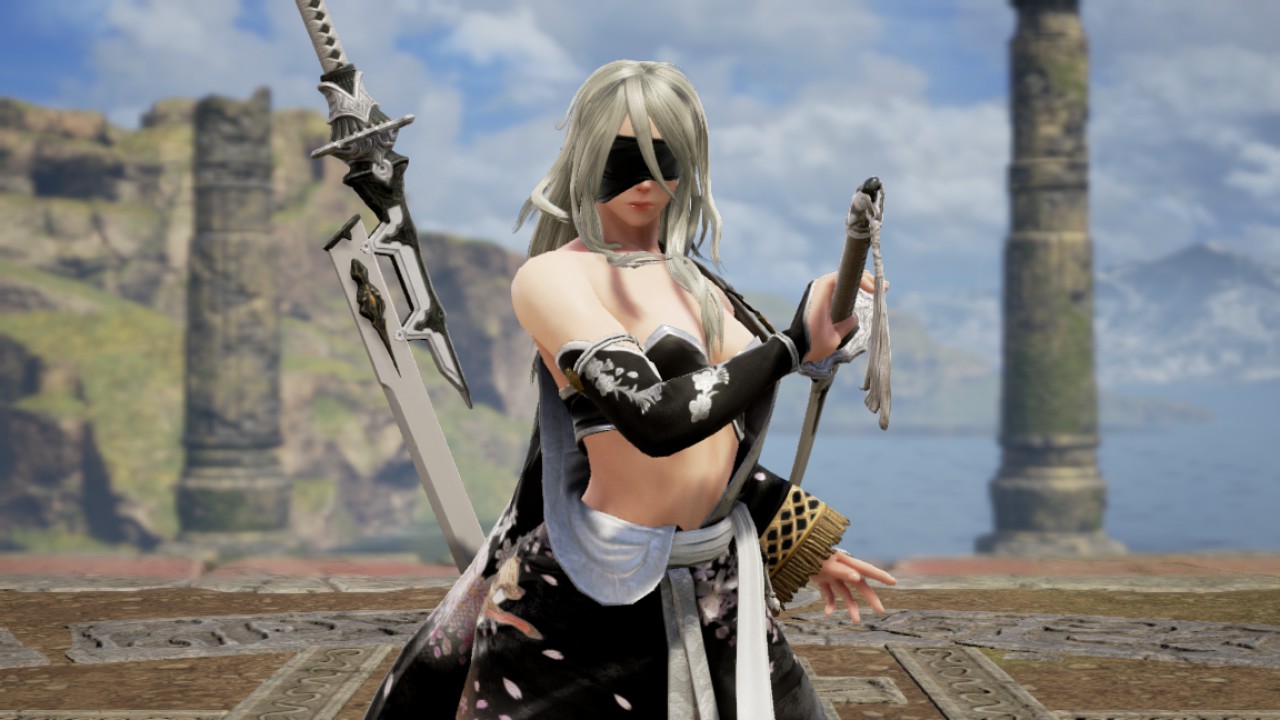 What do you think?

Can we all agree that the new voices are a wonderful addition? ♡♡

Put the Tiger Lily Stockings onto a Gemale Colosus and her lower eyelids will bulge out. Photo too large to upload from phone.

Also wtf, no heels work with those stockings. How am I supposed to make my stripper? :(
Last edited: Aug 5, 2020

i just google Tiger Lily stockings and find one at Reddit-

TiraRules said:
i just google Tiger Lily stockings and find one at Reddit-

Slightly different effect, on the one I mentioned... but interesting. Put them on the Colossus and it deforms the mesh beneath the eyes. :p

That seems like a very weirdly specific bug. I guess it's fortunate that I wasn't planning on using those, but I'm sorry for you guys.

DanteSC3 said:
That seems like a very weirdly specific bug. I guess it's fortunate that I wasn't planning on using those, but I'm sorry for you guys.
Click to expand...

I don't know: it kind of looks like that look you give someone when you want to secretly communicate that a third person in the room is obviously off their nut. There's got to be a use for being able to game the system into making that look. Anyone planning a Seinfeld CaS?

It similar to what the tracksuit bottoms did to make CaS

For future DLC bundles, re-using SC4/SC5 outfits would be an easy way to get more parts while not looking anachronistic (bad move to bring in tekken parts)

If you had to choose 1 previous outfit from the current generation, which ones would they be?
In keeping with the 1 prior outfit per character rule (since some characters already have prior outfit parts), here are some of the outfit candidates for various reasons

• Sophitia : SC4 2p - Armor parts + helm, and the fact that SC4 1p is really similiar to her SC6 1p already, mainly down to the difference in footwear

• Ivy's SC5 1p: I think her 1p is different enough (you can get different arm armor), but I can see the SC5 2p just because it looks so wildly different (at least the snake collar could be of use) Apparantly the SC4 2p outfit has some fans, since it comes with a unique hair style + skirt/boots. Both of her earrings are already a special part.

• Seong Mina : SC4 1p has the big dress and blouse top, but also has another headband. I'm not a fan of her SC4 2p, including her hair / circlet and the way the outerwear parts to show her metal bikini bottom

• Xianghua: This one is a tossup since both SC4 1p and 2p are solid. I guess the 2p is more simliar to her current SC6 outfit (barring the color scheme, which is editable). The SC4 1p looks like it gets you a flower, collar, jacket and shorts.

• Talim: Her SC4 1p is really similar to her current outfit. By elimination the cat costume might sneak its way in (even though i'm not a fan)

Zasalamel : His SC4 2p is very generic CAS looking, while his SC4 1p has a lot of bling hanging off him. I guess the baggy pants and loose sleeves coupled with his fancy cape/collar could be used to creatively.

Cervantes: His SC5 1p has a better hat than his SC45 1p version. Plus, I'm just not a fan of his generic looking atlantean metal armor design.

Maxi: His SC5 1p is one of my favourite designs, but its pretty similar to his current SC6 design, barring longer sleeves, fur trim and nunchuk holster.
This SC5 2p brings some potential since its more complex than his SC4 1p with just kung fu pants and a scarf.

Raphael: Hard for me to decide. SC5 1p brings a neat hat + belt sash and cool gauntlets, while SC4 2p has the alucard coat. I know that the hat changes the hair mesh (to fit within the hat) so thats a problem with customizable headwear and hats clipping.

Astaroth: Frankenstein Astaroth with the stitched body really sells the undead monster aspect. I wonder if the skin could an underlayer.

Voldo: Toss up, since all his outfits are so crazy. Probably the hairy tarantula could have the most use

Part of me is wondering why some of the cast that have SC5 counterparts, could instead bring in those new generation outfits instead (ie Pyrrha's outfit instead of bringing back a Sophitia one) 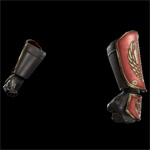 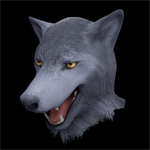 this too means i'm going to re-create Auguste from SC4! so my SC4 NPC CAS will be complete! but, still no regular Leather Mask without Comb 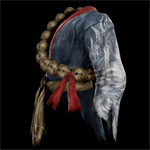 it come with the beads.. not like Kilik's upper robe where the belt is seperate from it

and i know, no ring trousers but what about this? 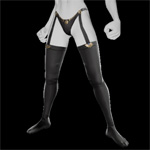 I made a custom Auguste too :D I'm currently using Xianghua style for now; I was very happy to see Wolf Mask (Werewolf) :D

I'm curious, but does anyone know how to make my hat look better to where it doesn't look like items placed together? It was my first attempt and kinda like how it turned out, but was wondering if anybody knew how to make it look like Sly Cooper's: https://www.nicepng.com/png/full/229-2295806_31-may-sly-cooper.png Thanks :) I'm also very happy to see my favorite creation item back :D Werewolf :D 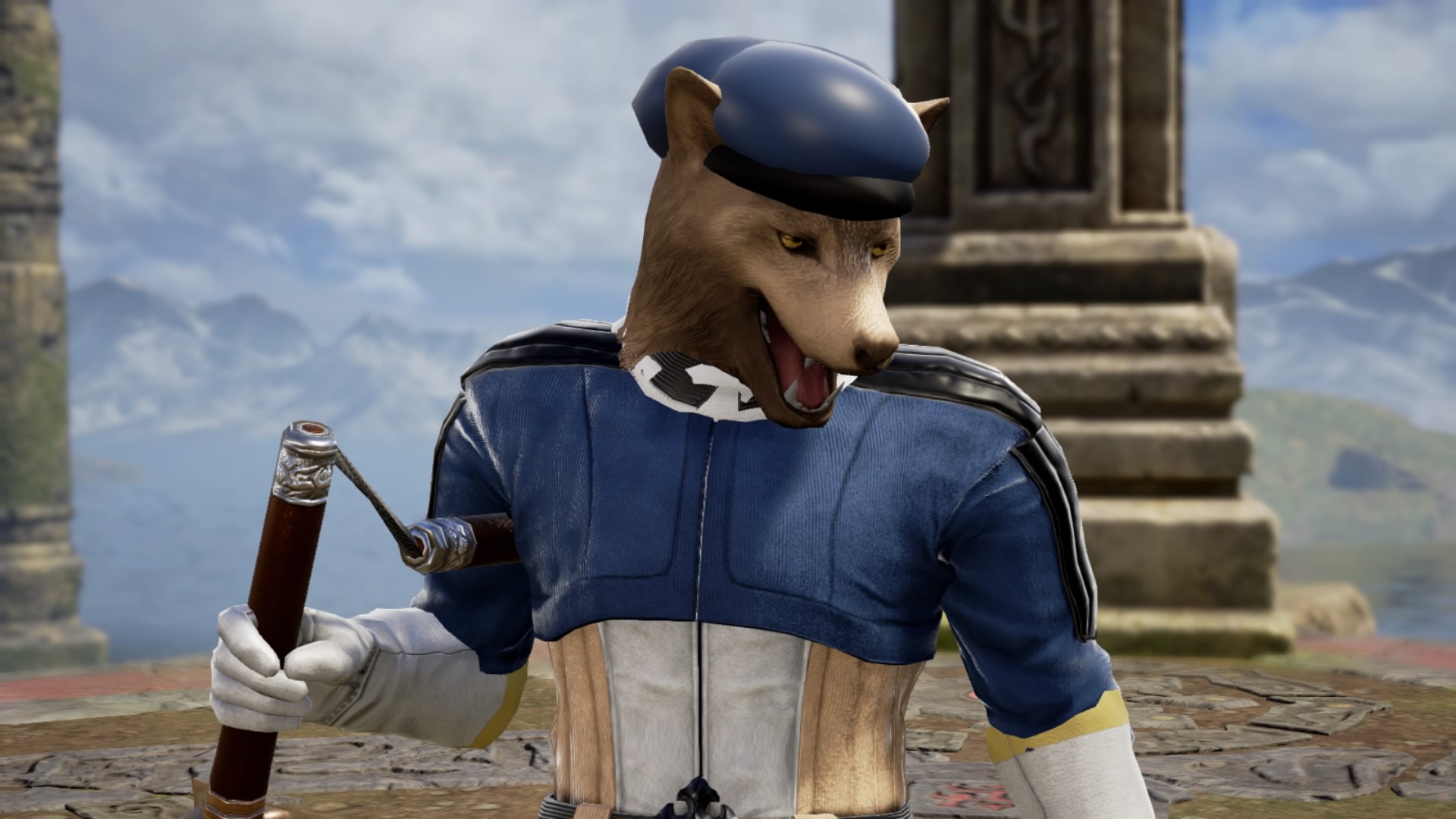 For Sophitia, maybe it's cheating, but I'd rather have Elysium's 2p outfit instead of anything else. It's been sorely missed.

Similarly for Taki, I'd rather see Natsu's 2p outfit return instead of the other stuff.

Ivy's SoulCalibur IV 2p outfit has my vote, it had a lot of practical applications on many different characters back then and it'd be nice to get it back.

I would mostly want Talim's SoulCalibur IV 2p outfit back for the hair more than anything else, but that's a fine reason in my book.

Zasalamel's SoulCalibur IV 1p outfit is a lot better, so that would be the one I'd take over the 2p outfit, personally.

I'll disagree about Cervantes, I love his SoulCalibur IV 2p outfit, the classic throwback that it is, has been reused several times, love it.

Maxi's designs across the entire series have been pretty much the same, so I don't really have much of a preference.

For Raphael, definitely his SoulCalibur V 1p outfit, the hat is just so nice and very practical for a lot of purposes, I feel. Though his SoulCalibur IV 1p outfit wouldn't be a bad choice either, I'd take either one.

I feel like any Astaroth outfit aside from maybe his SoulCalibur IV 2p outfit wouldn't really be feasible, due to the body modifications.

I'd rather have Voldo's SoulCalibur IV 3p outfit with the caveat that the underwear doesn't override your entire costume like it did in SoulCalibur IV.

Yoshimitsu's SoulCalibur IV 2p outfit probably has the best chance at being used on anyone who isn't Yoshimitsu, so I'd pick that one.

Of course, if by some miracle we could get SoulCalibur III outfits, a lot of these choices would be wildly different, but that's another story.

Gimme Voldo’s SCII and V outfits and I’ll be a happy player of the man himself.

There were a lot of 2p costumes from SCIV that I liked, now that I look back on it. I'd like to see Hilde's SCIV 2p (princess dress and associated parts), and Tira's SCIV 2p (Raven set); I thought the Raven Hat looked badass. As for Raphael, I'd go with his SCIV 2p all the way, because of the Alucard coat! Alternatively, I'd like to see his SCV 2p; I really liked that one. Oh, and Nightmare's SCV 2p. That thing was beastly.

The Models I will use for future fashion projects. Hwang is included, but not pictured...yet. 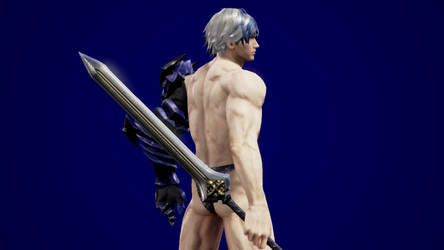 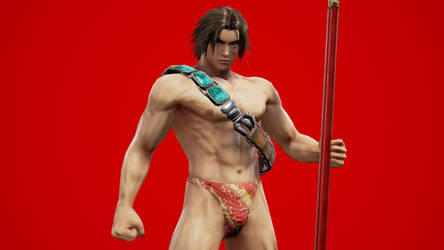 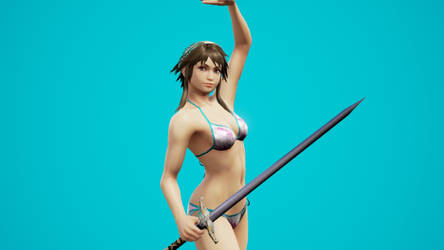 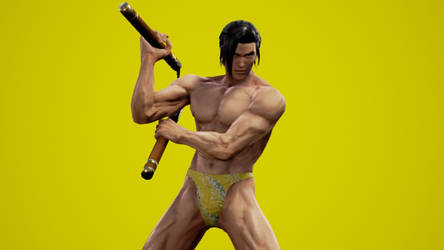 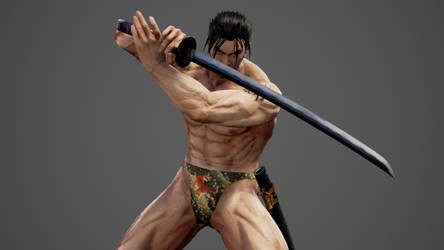 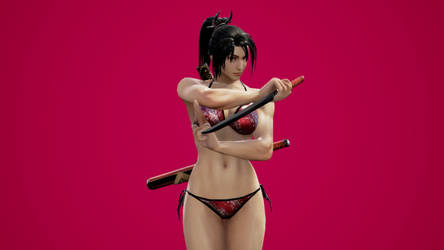 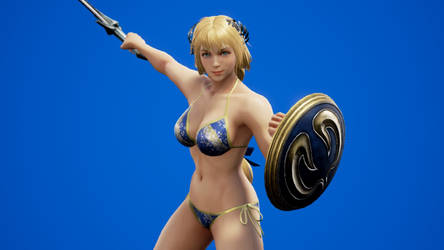 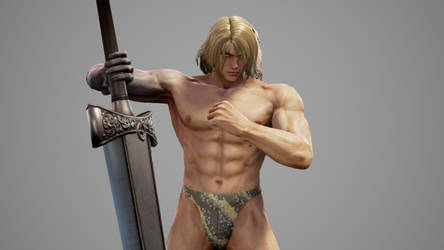 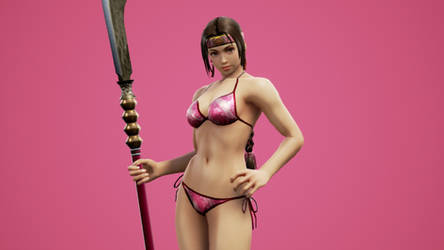 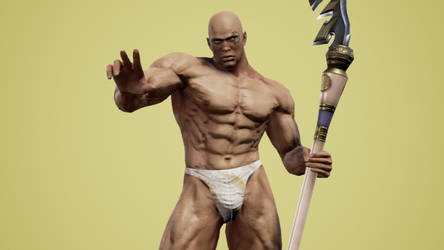 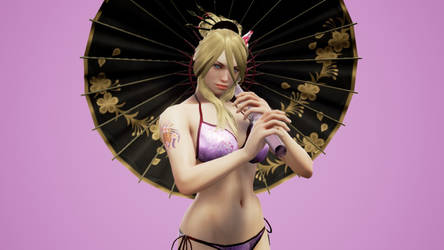 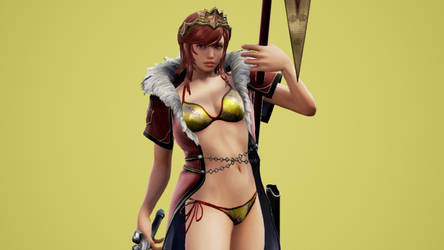 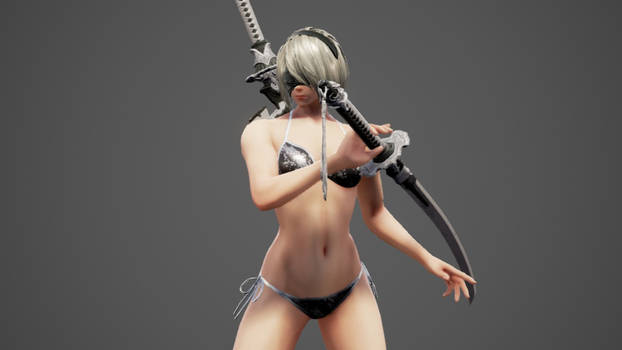 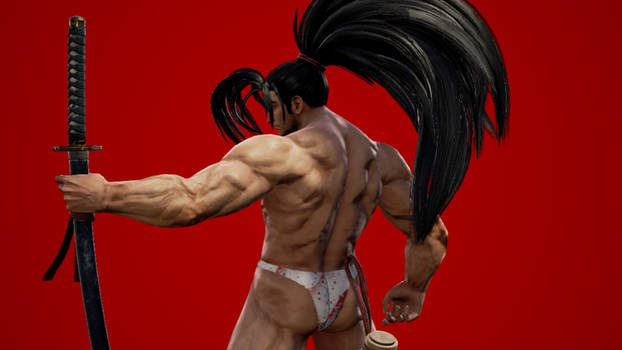 @Hana no Kokoro
I got a chuckle out of how Hilde still has her jacket on. She is a dignified princess even at the beach, lol. Also I appreciated that the first pic was of Grøh and his b00ty.

Spanky said:
@Hana no Kokoro
I got a chuckle out of how Hilde still has her jacket on. She is a dignified princess even at the beach, lol. Also I appreciated that the first pic was of Grøh and his b00ty.
Click to expand...